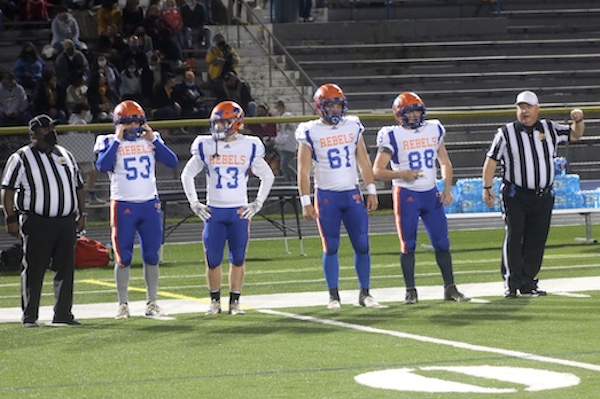 Tolsia opened the scoring on a Tanner Copley 34 touchdown run and John Wilson added the 2 point conversion for a 8-0 lead with 10:12 left in the first period.

Mount View answered with a Justin Haggerty 6 yard touchdown on 4th and goal to make it 8-6 with 6:43 left in the first period.

The Rebels made it 16-6 with a Gavin Meadows 8 yard touchdown run and a Jesse Muncy pass to Tanner Copley for the 2 point conversion with 5:04 left in the first half.

Just before half John Wilson powered his way in from 2 yards out to set the halftime score at 22-6 Tolsia.

Late In the second half the Rebels extended the lead out to 28-6 as Copley scored once again this time from 14 yards out with 3:56 left in the game.

Mount View set the final score of 28-12 on a Khiamani Vineyard 42 yard touchdown run with 2:05 left in the game.

The Rebels forced four Golden Knight turnovers including three fumbles that were recovered by TJ Jackson and two by Josh Wilson, Jesse Muncy had an interception. Kaleb Walker, Devin Stull and Josh Wilson had quarterback sacks.

Tolsia was supposed to play Phelps ( Ky ) this Friday but that game was cancelled because Wayne Co. is in the Orange on the color map. 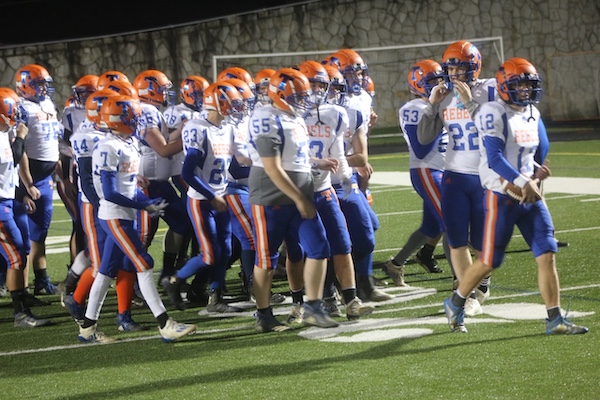 “… Played really well at times, played really bad at times. At one point in the game we had 5 freshman on the field due to some nagging injuries. Extremely proud of those guys for stepping up and finishing the game with a win. It’s hard to replicate Mount View in practice due to all their speed. But for the most part we contained them. We had numerous opportunities to put more points on the board but made costly mistakes in the red zone.”

“…No game this week due to orange in Wayne Co. and next week we were supposed to play Hannan but they have folded. We are looking for a game as of right now.”