GLOVES COME OFF AS SENATE RACE HEATS UP IN EAST KY 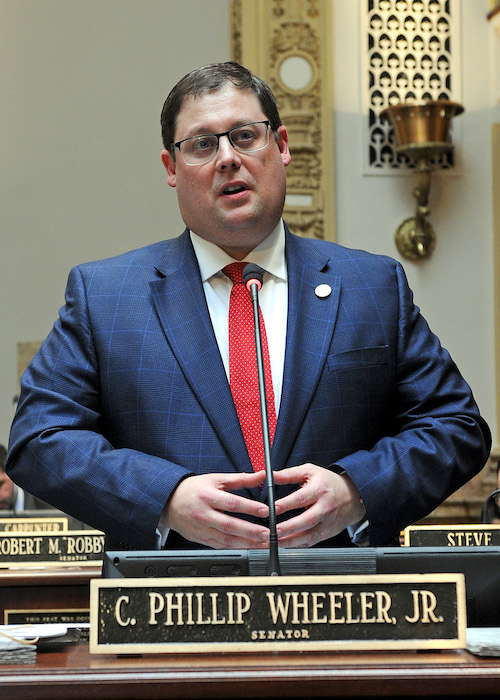 PIKEVILLE- Some Kentucky Democrats see Eastern Kentucky’s 31st District state senate race as a bellwether as to whether Democrats can return to power in the seat that is comprised of Elliott, Lawrence, Martin, Morgan and Pike counties.

Meanwhile, many in the GOP say they’re confident about the re-election prospects of incumbent conservative Republican State Sen. Phillip Wheeler (R-Pikeville) who is being opposed by liberal Democrat Glenn Martin Hammond, also of Pikeville.

Hammond and Wheeler are both attorneys from Pike County, the district’s largest county. Wheeler won a March 2019 special election to replace former State Sen. Ray Jones (D-Pikeville), who held the position for 18 years before he resigned the seat after being elected Pike County judge/executive in November 2018.

Four years ago, Hammond challenged Jones in the Democratic Primary, and was trounced in all five counties in the district by a 71 percent to 29 percent margin, despite Hammond’s spending of just over $250,000 on his campaign, mainly from contributions out of his own pocket. 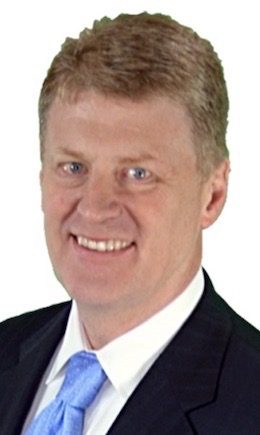 An analysis of reports filed with the Kentucky Registry of Election Finance reveal that Hammond is once again mostly self-financing his campaign, spending so far on-par with his 2016 effort.

Meanwhile, Wheeler has proven to be a prolific fundraiser, raising nearly $300,000 almost exclusively from donors made up of a broad spectrum of businesspeople, attorneys, doctors, and educators within the district.

Wheeler has countered back that Hammond, who previously had liens filed against his properties by the Internal Revenue Service for failing to pay federal income taxes, is a “tax cheat,” and has linked Hammond to national Democrats such as Nancy Pelosi and U.S. senate candidate Amy McGrath.

When questioned about the allegations made by Hammond, Wheeler said, “Many years ago, before I became an attorney, husband, and father, some friends and I got caught up in the rambunctiousness of youth and made some mistakes that I deeply regret, but I am thankful that I matured and hopefully have been a productive member of my community for the over 16 years that I have practiced law.”

Wheeler said that in one ad run by Hammond that asks “What is Phillip Wheeler hiding?” and accuses him of being “arrested in an alley with another man.”

According to Wheeler, what actually happened was that in 2002 or 2003, he and a longtime friend were using the restroom behind a dumpster in a corner of a parking lot outside a rowdy Williamson, West Virginia nightspot while waiting on another friend before entering the establishment.

“I’ve never hidden anything, never sought to expunge any records, seek any favors, or conceal any of the mistakes I made when I was young, but I’m glad I grew up and moved on with my life,” said Wheeler.

According to court records, Hammond has been sued by a variety of creditors for failure to pay bills, including in a small claims court suit filed against him last week to collect rent on an apartment Hammond previously occupied by Pikeville attorney Clarissa Friend, daughter of the late longtime former State Sen. Kelsey Friend, Sr.

Mr. Hammond was not reached for comment, but states on his campaign website, “I hear so often from people all across our district they feel that both state and local governments no longer work for them, but instead, for the special interests. I intend to change that and bring balance back to Frankfort. My only special interest will always be for the betterment of our people and communities in which we live.”

Wheeler has been endorsed by the Kentucky Right to Life Political Action Committee, the National Rifle Association, Kentucky Fraternal Order of Police, Kentucky Professional Fire Fighters, and the United Mine Workers of America, among other groups.

Hammond has been endorsed by several statewide labor unions and education groups, including Better Schools Kentucky, the political action committee of the Jefferson County Teachers Union, as well as C-FAIR, a Louisville-based gay and transgender rights group.