CASE CAME TO FEDERAL LAW ENFORCEMENT ATTENTION AFTER SUSPECT WAS ARRESTED AFTER HE TRAVELED TO MARYLAND IN AN ATTEMPT TO ENGAGE WITH SEX WITH FEMALE TEENAGER,WHOM HE HAD EXTORTED AND THREATENED SINCE 2016 STARTING WHEN SHE WAS ONLY 13 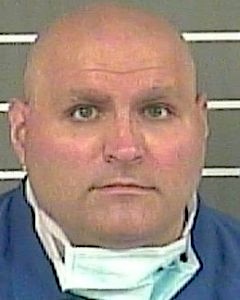 A federal judge in Pikeville, Ky. has ruled that a Pike County man who is currently facing child pornography charges, will remain in jail while his case is pending.

According to an affidavit filed in the case by a FBI special agent,in December 2019, the FBI office covering Eastern Kentucky received a lead from the FBI office in Baltimore reporting that, in October, 2019, the agency had received a request for assistance from the Frederick County Sheriff Office in Maryland.

The ensuing investigation, the affidavit further said,found that the individual had been having conversations via Snapchat with a minor girl, who, upon interview, disclosed to officers she had text communications with another subject she knew as “Robert.”

The girl, the affidavit said, told a forensic interviewer that she began communicating with the individual,later identified as Robert Preston, around the beginning of August 2016. The girl told the interviewer that, during the time of their communication, she had sent Preston nude pictures and sexually explicit videos of herself because he kept asking for them and he threatened her, according to the affidavit.

The girl,the affidavit said,told the interviewer she believed she was 13 when she started communicating with Preston.

The affidavit said the girl told the interviewer that, if she refused to send the material he requested,Preston would become very angry and threatened to post pictures she had sent him, tell her parents and call her house.

On Monday October 19, U.S. federal magistrate judge Ed Atkins ruled that after considering the extent of Robert Preston’s alleged crimes, there were no reasonable conditions of release that would adequately protect the public from the potential threat posed by Robert Preston.

Judge Atkins wrote in his order that, while Robert Preston does not have a criminal history, the charges Preston faces are serious in nature.

“In this case, the harm inflicted on others due to the crimes of receipt, possession, and production of child pornography is lasting and substantial. In addition, the harm resulting from coercing a minor to engage in sexually explicit conduct using electronic devices to contact and threaten the minor through various social media platforms demonstrates the ease with which the conduct was carried out,” Judge Atkins wrote. “Considering his reported persistence in maintaining contact with the victim in this case lends support to the conclusion that conditions are not sufficient to address the risk of danger in this case,” Judge Atkins further stated in his order.

Robert Preston has been jailed in the Pike County Detention Center in Pikeville since Friday, October 9, when he was arrested by the U.S. Marshals of Kentucky

Robert Preston will remain in jail while waiting for his case to go to federal trial sometime in 2021.