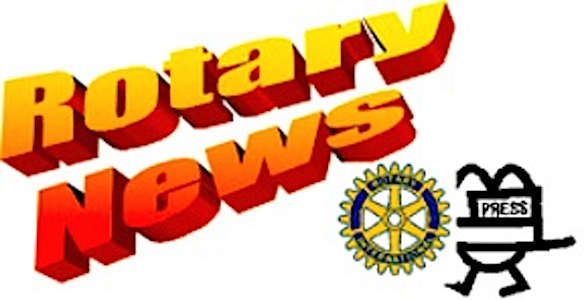 On October 22, the Rotary Club had their weekly meeting.  This week’s guest speaker was Michael P. Pell, President and Chief Executive Officer of the First State Bank who joined the bank, which recently purchased Inez Deposit bank with two locations in Louisa,  in 2006. He graduated from Morehead State University with a Bachelor of Business Administration and brings more than 30 years of banking experience to his role.  He acted as a Vice President at Fifth Third Bank for more than two decades.

Pell is very involved in the local community and currently serves on several Boards including: First State Bancorp, FHLB Cincinnati, and Leadership Adams. He was the prior Chairman of the Ohio Bankers League (2018) and Southern State Community College (2017).  Additionally, he serves as Elder at the Winchester Church of Christ in Christian Union.

Some of those things include mobile banking, internet banking, consumer checking,  car loans, small business loans and residential mortgages which will include Freddy Mac and other federal types of loans.

The routing number will stay the same as everyone has time to cycle through their existing checks with Inez Deposit Bank.  All account numbers should remain the remain the same, if any have to change it would be only a few.

The meeting wrapped up with introductions from members of the Rotary Club all welcoming Mr. Pell to the area and expressing their excitement for the new things to come.