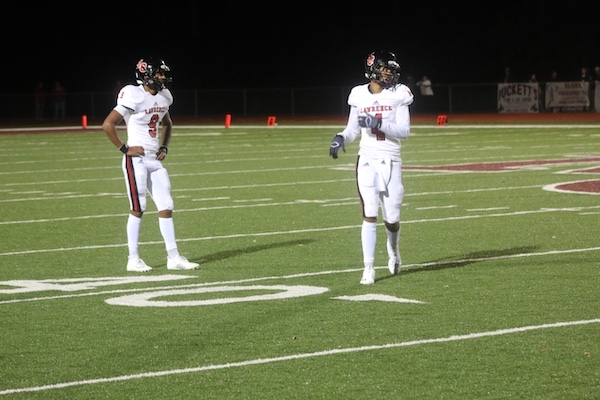 Douglass and Danny Hall were a couple bright spots in the loss against Belfry.

The Pirates jumped out to a 21-0 lead at halftime behind a 15 yard touchdown run from QB Brett Coleman and two touchdown runs from Issac Dixon, one from 17 yards out and one from 6 yards out.

In the second half Dixon added a 19 yard touchdown run and Neal Copley scored from 8 yards out and Dixon tacked on the two point conversion to set the final score at 36-0.

For the Bulldogs Dylan Ferguson was the leading rusher with 93 yards on 17 carries, Andrew Tackett 9 yards, Alex Strickland 5 yards before he was injured, Douglas Hall and Ryan Marcum 3 yards each.

The Dawgs were supposed to play at Floyd Central in their final District game but that game has been postponed.

Belfry and Pike Co. Central has also been postponed for next week.

“…The Floyd Central game is currently in a holding pattern. Hopefully we can drop back down to an Orange County and be able to play.”

“… Proud of our team last night. We battled. Belfry had to earn everything they got. We have some guys banged up, hopefully we can get them healthy and get going again next week.”