Rebels fight back but come up short against Mingo Central 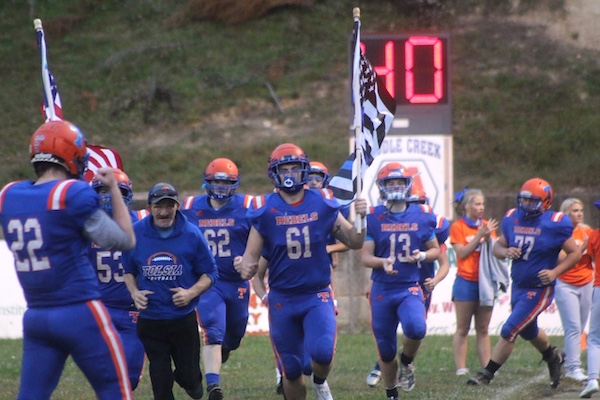 The Miners dented the scoreboard first as QB Daylin Goad scored from two yards out to make it 6-0 with 2:55 left in the first quarter. 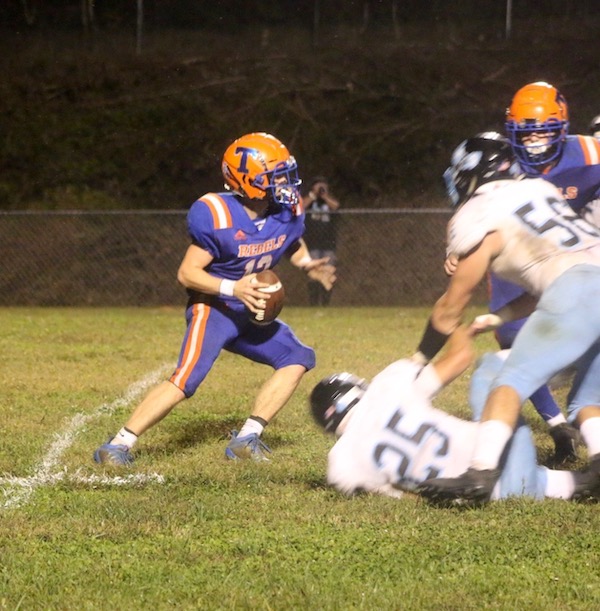 Early in the second quarter Tolsia QB Jesse Muncy lofted a beautiful 17 yard touchdown pass to Zack Ball to even the score at 6 with 10:38 left in the first half.

Mingo Central scored the next 16 points to take a 22-6 lead into the break behind a Isa Scales 10 yard touchdown and Garrett Runyon tacked on the two conversion run to make it 14-6 with 7:21 left in the half and then the Miners made it 22-6 on a Zion Martin 6 yard touchdown and a Goad two point conversion with :20 left before Halftime.

After a lackluster first half the Rebels came out fired up as Josh Wilson recovered the onside kick to open the third quarter and Tolsia marched down the field and Muncy punched it in from 1 yard out and then hit Ball for the two point conversion to cut the lead in half and make it 22-14 with 8:28 left in the third period.

On the next Miner possession John Wilson striped the ball carrier and Muncy recovered the fumble and the Rebels tied the score when John Wilson bullied his way in from 2 yards out and Muncy found Tanner Copley to knot the score at 22 with 2:48 left in the third quarter.

In the fourth quarter the teams traded punts before Goad connected with Scales on 4th and four from 18 yards out to set the final score of 28-22 with 9:08 left in the ballgame.

Muncy led the Rebels in rushing with 70 yards and also had 81 yards passing, John Wilson finished with 59 yards, Devin Stull had 30 yards and Gavin Meadows who was hobbled with an injury had 1 carry for 4 yards.

#1 Zack Ball finished with 81 yards on 3 catches including a touchdown and two point conversion catch. 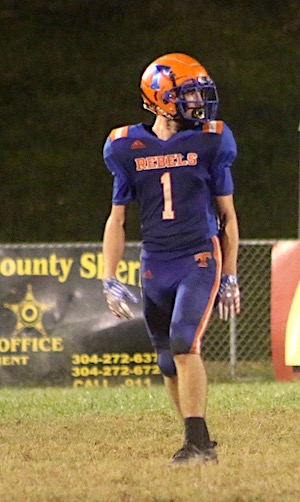 Up next for Tolsia will be a road game at East Fairmont at 7:00 on Friday night.

“ It happens all of the time it seems like, We Lost our composure on the last drive and it absolutely killed us. We played a terrible first half and then picked it up a little in the second half.”

“ We are weak up the middle on defense and everyone is staring to figure that out. It doesn’t help that we lost three lineman against East Carter, but again two of those were because of lack of composure. You can’t play like that and be a good football team.”

“ We knew coming in that their running backs were going to run hard, we just have to get better up front, we have a lot to work on.”

“ We just have to man up and come out next week and work hard and see what kind of character we have as a football team. Everyone is banged up and we are short handed but that’s no excuse.”