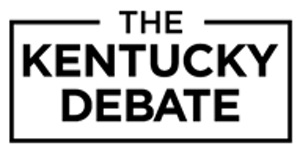 presented by Gray Television and University of Kentucky Student Government

Media Information | Because of requirements involving COVID-19, outside media will not be permitted beyond the front entrance to WKYT.

However, stations may request satellite coordinates to record the debate for news coverage and access to virtual post-debate interviews.  If candidates and or campaign staff wish to be interviewed after the debate, they will be escorted to a designated area for interviews which will be entirely virtual for registered media via Zoom.

Deadline for requests for access to satellite coordinates for recording and virtual post-debate interviews is noon, Monday, October 12.  To make requests, click here.

Media recording the debate must abide by the following restrictions:

By 9 p.m., WKYT will provide a link for downloadable still photographs of the debate or high resolution screen shots of the broadcast for interested media.