The Dawgs moved to 2-0 on the season but more importantly 2-0 in Class 3A District 8 with a showdown against Belfry next Friday night at Home.

Pike Co. Central opened the scoring on a 65 yard jaunt from QB Tayvian Boykins who also tacked on the two point conversion for a 8-0 lead with 3:42 left in the first period.

The Dawgs tied the game behind a Douglass Hall 55 yard burst and Blue Fletcher two point conversion with 7:20 left in the first half.

The Hawks answered back with :24 seconds to go before half on a Matt Anderson 2 yard run to set the halftime score at 14 apiece.

In the third quarter Dylan Ferguson scooted in from 15 yards out and Strickland scored the two point conversion to make it 22-14 with 2:51 left.

The Hawks took the lead as Boykins found Bentley from 15 yards out for what many thought was the game winner with 1:06 left and Boykins tacked on the conversation run to make it 28-22.

The Dawgs has been in this position before against the Hawks but have come up short but this time they weren’t going to be denied as Strickland and Tackett were the heroes on this night.

Through the air the Bulldogs has some success after not completing a pass last with 3 completions, Jake Derifield caught one for 37, Danny Hall one for 15 and the Tackett game winning touchdown.

Senior Danny Hall was outstanding on defense with 9 tackles, forced a fumble and recovered the same fumble at the one yard line.

Lawrence Co. Head Coach Alan Short speaking to the Daily Independent after the game credited assistant coaches Zach Botkins, Glenn Reeves and Nevan Johnson with game-planning to slow a Hawks offense that had averaged 60 points in its last two games.

“They did a great job adjusting our scheme to slow Pike County Central down,” Short said.

“We’re just trying to get the ball to the flats to the fullback to try to leak him out there inside the 5, and Strickland makes a great play and finds Tackett in the back of the end zone.”

“That’s what it takes to win games like this, is players make plays, and those two kids certainly did that.”

“ It’s a blessing, We feel like this team has the makings of something special, and we’re happy and thankful to be where we are right now.” 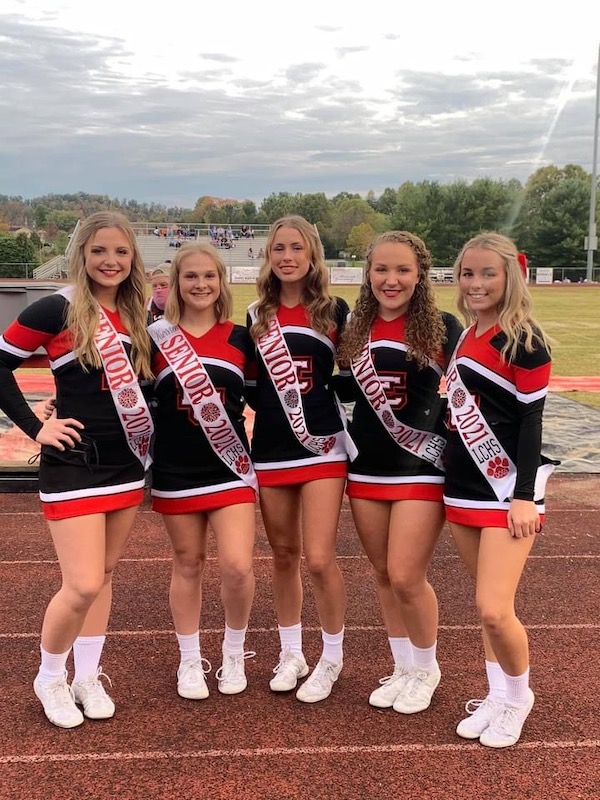 “… We are so excited that we were able to celebrate senior night for these 5 this year. They are a blessing to our program. The leadership, encouragement, and dedication they bring to our program is going to be extremely missed next year. We look forward to whatever season we get to have and hope it will be as close to normal as possible for these girls.”