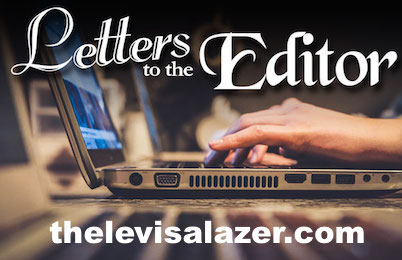 Voters in Kentucky are now preparing to participate in a major election. But, due to the Covid-19 pandemic, drastic changes in how we vote were made to protect public safety. Rules and procedures this time are very different from anything we have EVER experienced in state history.

Change is always unsettling, and often causes confusion. This election, much confusion has surfaced around absentee ballots.

Ben Chandler, chairman of the Kentucky State Board of Elections, recognized this. With the deadline for requesting absentee ballots, October 9, being just days away, he and his committee wanted to get the facts out. The message had to be communicated fast, accurately, and in a way it would be believed and trusted, without being hacked, altered or misunderstood. How?

Chandler wisely requested a written notice that clearly advertises the simple facts about absentee ballots be placed in over 100 newspapers statewide.

Governor Andy Beshear and Secretary of State Michael Adams have worked together, across party lines, to develop an election plan they both believe is safe, fair, and focuses on helping all eligible Kentuckians vote. By also approving the ad about absentee ballots, they supported the board of elections, reinforced a time-honored role of the Fourth Estate, and proved they want to protect our democratic process.

We in the media often write much, and justly, about political leaders doing illegal or self-serving stuff. Too many times it seems politicians focus more on scoring political points than serving us or solving problems. So, I think we in the media should also give credit when credit is due.

Our Governor, Secretary of State and board of elections are working together. They are putting the people and a fair process ahead of politics. They are trying to keep us safe, informed, and make sure our voice – our vote, counts. How refreshing!