CHILD BROUGHT TO MOREHEAD HOSPITAL WITH MULTIPLE ‘UNKNOWN’ INJURIES, AND WAS LATER TRANSFERRED TO HOSPITAL IN LEXINGTON FOR FURTHER TREATMENT 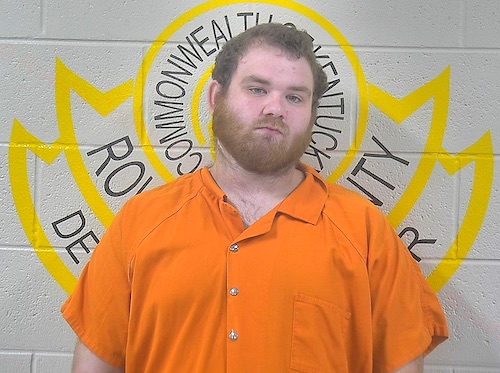 OSGOOD HUNT, 20, OF SANDY HOOK, KY. WAS CHARGED WITH FIRST-DEGREE CHILD ABUSE; FOR ALLEGEDLY INJURING A ONE AND A HALF MONTH INFANT, FOR WHOM HE IS THE FATHER OF.

An Elliott County man remains in jail after he was arrested last week by state police officers after he was charged with a severe felony child abuse charge for inflicting injuries on his 6-week old infant.

According to the press release report, on Friday afternoon, September 25, the Kentucky State Police, Post 8, Morehead, in Rowan County, were notified that a one and a half month old infant had been brought into St. Claire Hospital in Morehead, with unknown injuries.

Osgood Hunt was charged with one count of  *CRIMINAL ABUSE, 1ST DEGREE-CHILD 12 OR UNDER, & was lodged in the Rowan County Detention Center. Hunt’s bond was set at $100,000 cash only; and his first court date is scheduled for October 15, at 9:00 A.M.

The infant has been transported to the University of Kentucky Children’s Hospital in Lexington to be treated for the injuries the child has sustained.

This incident remains under investigation by the Kentucky State Police, Post 8, Morehead. Trooper Kyler Wright, the arresting officer in the case, is the leading investigator.