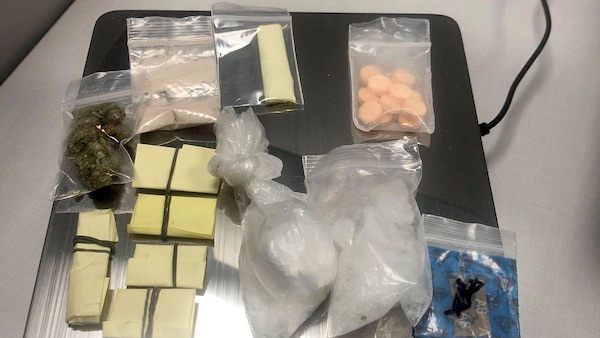 Three people from Louisa are in jail after law enforcement in northern Wayne County, West Virginia, discovered drug activity during a traffic stop.

According to a press release from the Kenova, West Virginia Police Department, their officers initially stopped a vehicle with three people inside on Saturday night, September 26, at 11:00 p.m. for a traffic stop.

Kenova Police Department officers identified the driver as Winfred Simmie Scott, 30, and the two passengers as Brenda Joyce Shannon, 39, and Kelley Nicole Atkins, 28. All three are from Louisa, Kentucky.

Kenova police officers discovered that two of the riders had already been under investigation by several law enforcement agencies in the region over the past few months.

Brenda Joyce Shannon was charged with possession of heroin. Shannon’s bail bond was set at $3,000.

Kelley Nicole Atkins was charged with conspiracy to deliver a controlled substance. Atkins bail bond was set at $15,000

Police transported all three Louisa suspects to the Western Regional Jail in Barboursville, in Cabell County, W.Va. and they were booked at 1:10 A.M. pending their arraignment by a Wayne County Magistrate.