Grayson, Ky — I wasn’t sure things could have gotten any weirder in 2020 but boy was I wrong as the East Carter/Tolsia football game Friday night at Steve Womack field was called by the East Carter administration with :39 left in the third quarter and the Raiders leading 36-21.

The game was chippy from the get go between two teams that were meeting for only the second time and with both teams’ fans on the same side, things escalated on the field after a Raider touchdown in the third quarter as a total of eleven players were ejected and after officials watch the video it could be plenty more.

Later in the quarter a few fans were escorted out by the men and women of Kentucky State Police the game call was after a Rebel touchdown and it was announced that all spectators would be asked to leave so the game could be finished but a few minutes later the East Carter Administration announced that the game was being called and game officials were seen leaving the field and the game was over.

After a scoreless first period the Raiders dented the scoreboard with a 13 yard touchdown pass from Kanyon Kozee to Dawson Witt and Logan Cales kick the PAT at was 7-0 with 11:45 left in the first half. 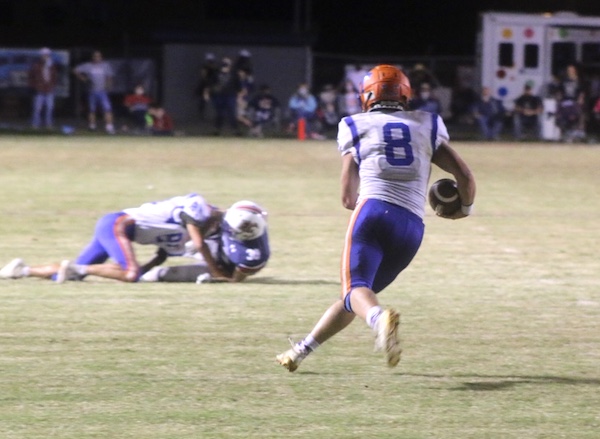 Tolsia tied the score with a nifty 8 yard touchdown run from Gavin Meadows with 6:33 left and Jesse Muncy kicked the PAT to make it 7 all.

East Carter broke the tie when Kozee hit Witt once again this time from 23 yards out and a Cales PAT made it 14-7 Raiders with 1:40 to go.

On the ensuing kickoff the Rebels failed to recover and East Carter recovered the kickoff and 3 plays later Kozee hit once again hit Witt this time from 31 yards and Cales added the point after to make it 21-7 with 1:04 left in the half.

In the second half East Carter extended its lead albeit on some controversy as it looked like the Rebel defense caused a fumble right at the pylon which caused an ugly scene as a fight broke out between both teams and apparently an East Carter family member entered the playing area and shoved a Rebel player and then went into the pile to bring out a Raider player. The referees ruled that Charlie Perry crossed the goal line and was awarded a touchdown after a huge delay to sort out what happen eleven different players were ejected from the contest. After the delay Cales booted the PAT and it was 28-7 East Carter.

#12 Jesse Muncy rolls out and looks down field as the Raider defender closes in. 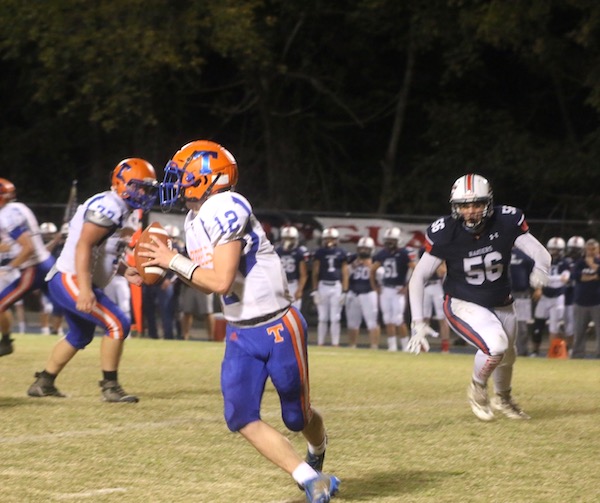 Tolsia marched it right back down the field and John Wilson capped of the drive with a 3 yard td run and Muncy found Cameron Ratcliffe for the 2 point conversion to make it 28-15 in the third.

East Carter made it 36-15 with a short touchdown and two point conversion run with 2:46 left Muncy threw a strike to Zack Ball down the left sideline and Ball fought his way in to the end zone for a 41 yard touchdown but the two point conversion failed and the score was 36-21 with :39 seconds left and eventually the final score. 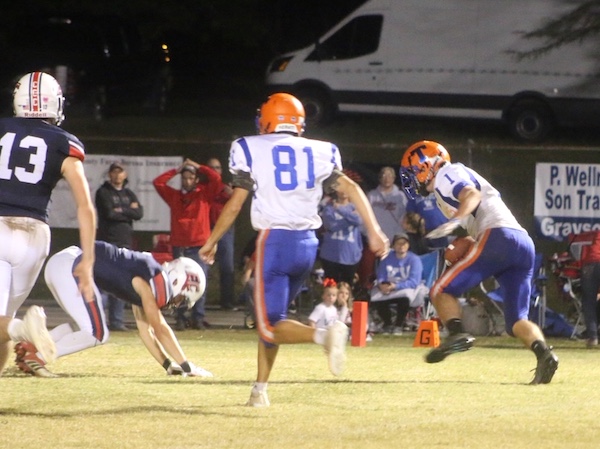 The Tolsia administration has already been in contact with the WVSSAC to see what will come of this situation and we will keep everyone updated. 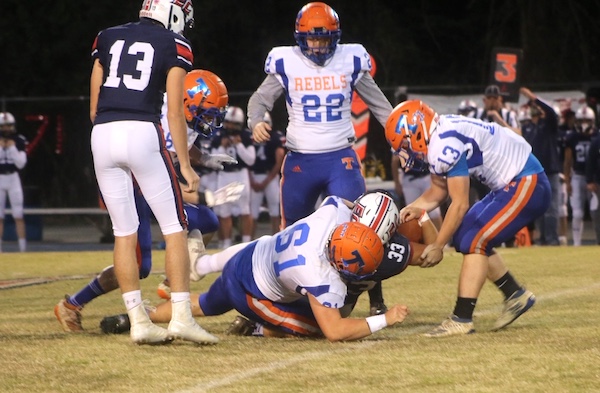 “… In all of my years of playing and coaching I have never seen anything like this, I’m not sure what’s going on in the stands behind us. I guess it’s par for the course in 2020. I hate it for the kids that they didn’t get to finish the game. I honestly don’t know how this will play out. We tried to convey to them to let the parents come back in and watch the finish of the game and they said no and that was it.”

“…When we didn’t recover the kickoff it was a turning point, Our kids thought it was going to go out of bounds and it laid right near the sideline and they recovered it. It should have been 14-7 at halftime.”

“… We had some mental mistakes that hurt but we can get those fixed before the next game. When things don’t go right or go our way we need to keep our composure and move on to the next play. You need to have a short memory when you’re out there.”