THREE OF A DIFFERENT KIND: 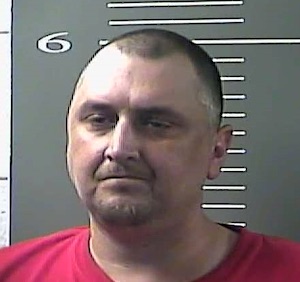 KEVIN G. ZORNES, 38. OF LOUISA, WHILE BEING SERVED WARRANT, WAS DISCOVERED TO BE IN POSSESSION OF THREE DIFFERENT HARD-CORE STREET NARCOTICS.


A Louisa man who was being arrested on a warrant and was discovered to be in possession of more than the deputy expected.

Also located at the scene were multiple burnt pieces of aluminum foil, a syringe, various other drug paraphernalia, and cash.

Kevin Zorne was ultimately in total charged with:

Kevin Zorne was transported & lodged in the Big Sandy Regional Detention Center in Paintsville, where he is still being held on a $5,025 full cash bond only.

Sheriff Jackson stated that if anybody had a tip involving drug activity, that they please contact his sheriff office at 638-4368.

HUNTINGTON WOMAN ARRESTED ON DRUG TRAFFICKING, OTHER CHARGES AFTER TRAFFIC STOP IN LOUISA 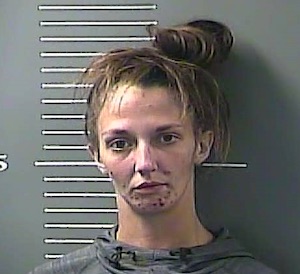 A woman from Huntington, West Virginia was arrested on drug trafficking, DUI, and other charges, after she pulled over for a motor vehicle violation stop and was found to be in possession of a pair of street narcotic drugs.

At around 11:30 P.M. Monday night, September 21, Lawrence County Sheriff Department Deputy Everett Chase Kirk initiated a traffic stop after observing a vehicle had made a turn without using a traffic signal, after which while following the vehicle, he also noticed the driver was not wearing a seatbelt.

After making contact with the driver, who was identified as Maria Ann Thompson, 29, of Huntigton, West Virginia, deputy Kirk observed that Maria Thompson appeared to be intoxicated, while finding her driver license had been suspended..

Deputy Kirk had Maria Thompson exit the vehicle, and conducted a field sobriety test, which she did not pass, and was arrested on suspicion of driving under the influence.

Maria Ann Thompson was arrested and was charged with:

• FAILURE TO OR IMPROPER SIGNAL,

Maria Ann Thompsom was transported & lodged in the Big Sandy Regional Detention Center in Paintsville,where she will have her arraignment Tuesday morning, during which Thompson will have her bail bond set.