FRANKFORT, Ky. (September 16, 2020) – Secretary of State Michael Adams testified this afternoon before the Interim Joint Committee on Appropriations & Revenue, offering legislators an update on his efforts to ensure a safe and successful general election. Secretary Adams’ full remarks are below. 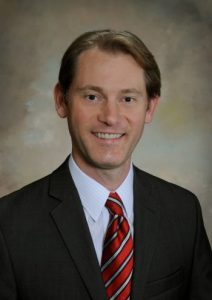 Let me first observe that, over the past several months, a lot of legislators have come up to me and said, “You know, Adams, I was wrong about you.” Unfortunately, all of those legislators have been Republicans…. [laughter]

In all seriousness, Kentuckians of all political persuasions should be pleased with how we’ve run our elections this year. As I testified on July 28, in our primary election we gave voters options, we had high turnout, we had no spike in COVID-19 cases, and we had no evidence of vote fraud. Challenged by out-of-state haters, we proved them wrong and became a national success story.

My goal for the general election has been to keep what worked well and improve what didn’t. Governor Beshear agreed with this goal and we spent about a month working through details. The template plan we worked off of came from a bipartisan group of county clerks and members of the State Board of Elections.

To be sure, the final agreement helps Democrats. It also helps Republicans. It also helps Independents, Libertarians and any other voter who wants to participate safely in this election.

I testified in July about what I thought we’d end up doing for November, and that’s pretty much what we have done. I promised I would be mindful of the virus, and I have been. Nevertheless, the changes made for the general election are aimed at both accommodating the far higher voter turnout to be expected for a general election, and also at getting us, not back to normal, but closer to normal.

Here’s what differs from the primary election plan.

First, we are scaling back absentee voting somewhat. Rather than a no-excuse posture, and daily encouragement from the Governor and me that voters vote by absentee ballot if they can, as we did in the primary, we are encouraging absentee balloting for those who need it. Any voter of an age or health condition, or in contact with a person of an age or health condition, deemed to be at-risk is enabled to, and encouraged to, vote absentee. The same portal is there, govoteky.com. At that website you can register to vote, you can update your voter information, you can apply for an absentee ballot, you can track that absentee ballot electronically, and you can even volunteer to be a poll worker, which we really need right now.

Let me put absentee balloting in perspective. As I testified in July, generally 98% of Kentucky voters vote in person on one day in a 12-hour span, and only 2% vote absentee. In the primary, about 75% voted absentee. That was the right thing at the time, but although that worked with a voter turnout of 29%, it could be disastrous if three-quarters of general election voters voted absentee. In November we expect a 72% turnout, two-and-a-half times the primary turnout. We can’t handle two-and-a-half times the number of absentee ballots we had in the primary. Our system is not designed for that.

I’m pleased to say that, as of yesterday, we’ve received 321,000 requests for absentee ballots. That actually is about 80,000 ballot requests under where we were at this point in the primary, and this is for a general election with two-and-a-half times the turnout. Again, absentee balloting is a good thing, but we don’t want too much of a good thing, especially as we’ve proved that we can safely vote in-person.

That takes me to the next change from the primary: far more robust in-person voting opportunities, in two respects. First, following two weeks of early in-person voting in the primary, which received rave reviews from county clerks and from voters, we’ll have three weeks of early voting in the general election. This is no-excuse necessary, no-appointment necessary, in-person early voting. I hear from Republicans every day that they want to vote in-person. I hear that from Democratic constituencies too. To help ensure we don’t overload the circuits on November 3rd, we’ll have early voting all day on weekdays and even a minimum of half-day Saturday hours for in-person voting starting October 13th.

Some counties have managed to reopen every single precinct. I want to give special recognition to these county clerks: Jim Luersen in Campbell, Naomi Jones in Fulton, Charlotte Willis in Grayson, Duck Moore in Jackson, Carol Eaton in McLean, Krystal Chapman in Menifee, Leslie Cunningham in Todd, Tina Browning in Trimble, Heather Piercy in Wayne. To be clear, this will not be possible everywhere, either because of insufficient poll workers or insufficient locations available that can allow for social distancing. But we have made great strides to facilitate in-person voting on November 3rd. My staff deserve some of the credit, by launching a poll worker volunteer portal at govoteky.com, which on its own has produced 4,000+ volunteers of the 15,000 poll workers it takes to run an election day operation. We also launched a partnership with Kentucky’s craft brewers, who put “SOS From Your SOS” PSA labels on their beer cans and bottles to spread the word and direct volunteers to our portal. Late last week, we announced that the Kentucky Bar Association will award CLE (continuing legal education) to attorneys who volunteer as poll workers and take the necessary training.

All this is good news, but it brings us to the question of, what does all this cost, and how do we pay for it?

There’s a lot of credit to go around for how well our elections have gone this year, but let’s acknowledge that Congress really stepped up and has paid the vast majority of our costs. We’ve done our best to use those funds efficiently, and save some for November. Here’s where we are.

First, following the primary we had about $2 million left in Help America Vote Act dollars earmarked for election equipment upgrades, and $2.5 million left in CARES Act funding which is much more flexible. So, and these are round numbers, $4.5 million.

Add this up and you get $9.74 million. Subtract the $4.5 million carryover and that leaves $5.24 million. I know that’s a lot of money, especially right now, but I believe that’s a bargain for a successful presidential election held during a pandemic. Thanks for your invitation today and I’m happy to take any questions you have.