GROWING UP IN LOUISA… This Time of the Year

This Time of the Year

Different people saw this time of the year around Labor Day and Back to School, as a time of reflection of summer past, and of anticipation of annual fall activities that had all but arrived. Merchants were happy to sell replacement clothing for those who had grown out of the well-used garments stored away or passed down to the next sibling. Back-to-school sales abounded with deals on paper, pencils, protractors, and rubber erasers. In some cases new shoes were purchased just in time before the old ones fell apart.

Summer had been rough on these things and the need to be prepared brought parents
and guardians to feel a bite on the wallet if not yet in the air.

Already for early risers daylight hours had shortened. Fall harvests were ready to gather either for market, or for later use. Canning was winding up and the freezers were stuffed. Frost had not yet rested on the yellowing pumpkins, but everyone knew it would not be long before Halloween Jack O’Lanterns would be carved. The signs of change were everywhere in nature. We could see that the season we both looked forward to and dreaded was nearly upon us. 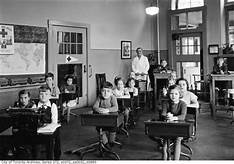 Kids of all ages feared the loss of freedom of summer’s fun but wondered what was just ahead when the routine of rushing early chores to meet yellow buses or taking a stroll toward what until now were empty classrooms and school playgrounds. For those registered for the first time there was a nervousness as they felt they were being led to a scary end. Those who were older looked forward to seeing old friends and becoming involved in extracurricular activities. Band camp and football camp had been completed. We would soon hear school cheers and fight song. We’d hear the whistle blown by the drum major, or referees. Students would learn a new routine when they were required to ride the bus to the consolidated school for the first time. For some, the one-room school and favorite teacher was to be left behind. Students had to face teachers they didn’t know and deal with lot of new faces that would become classmates and life-long friends.

It was the upper classmen who would run the ‘show.’ These elite knew the ropes and were ready to meet the crowds of kids brought in from all around the county. Older students passed out advice about teachers, classes, dress, and the new life that was to soon envelope those innocent faces.

The whole world feared certain teachers who stood bigger than life at the doors to warn rushing students not to run in the hallways. Slick oiled floors would teach some kids a hard lesson when their footing was lost. Books and bodies would slide and the laughter of others would hurt the feelings of those already so burdened with meeting perceived ‘self-set’ standards. They wanted to fit in and wished only for a quiet corner where they could retreat and find peace. Mr. Boyd rang the bell giving signal to everyone to get to their classrooms. This first morning role call was taken by the teacher who first read
the name and listened for a responsive ‘here.’ Wise eyes looked upon the boy or girl who answered as teachers first put the names with faces. Their names would be learned soon enough, but those who had followed behind an older sibling would be tied together forever in the teacher’s mind. This had its good and bad effects.

All of this was BEFORE. You see, historically we can look back and see moments in time when for whatever reason, lives changed forever. Those things we thought we knew before an event became instantly obsolete, a part of history. This year is to be one of those events. It is because of a deadly virus and the lockdown of many of our freedoms. While traditions are not to be repeated after this time, weknow that going back to the old ways simply isn’t possible. Classes are virtual now and the dank hallways
of learning will not need a guardian. Pencils and protractors were of the past as new software does the work at the click of a mouse. No one will run the halls. 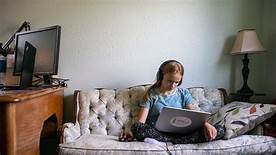 Some states handle things differently, but enough have adopted technology that we will forever have a vastly different world than before. Money will be spent on technology and not on the many things once required. There will be little reason to look back, for life
itself has changed. Now the task will be to find ways to present formal training in new ways to add and replace the social lessons and personal growth lost with the brick and mortar schools.

Secondary schools and colleges alike are having to take a look at campuses in hopes changes will not fully replace the ‘old ways.’As we adjust to quarantines, social distances, new technologies, and the abilities to earn degrees while multitasking at home or in small groups, life will be different for many. Budgets set up to provide books, tools, buildings, equipment, teachers, janitors, cooks, drivers, and extracurricular activities will soon be
focused on creating ‘on-line’ classes, computer programs, tests, and research. Life will change for teachers, too. They will be in the business of creating relevant training and new ‘apps.’ Those who teach on the slate blackboards will no longer be needed unless they can adapt to this new age. That will be the challenge for faculty members and administration. Finding relevance and inventing new ways to add value will be the goal. Teachers may struggle but we already know students have little trouble learning
new ways. 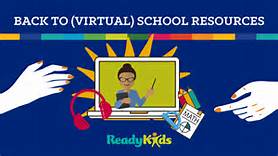 As fall approaches the days are shorter, but computers work just as well at night, don’t they? Families who once saw kids off to school will have new challenges with the clicking of keyboards and ‘virtual living.’ Controlling what is seen, how time is really spent, what lessons are learned and keeping the negative at bay will be difficult. It will take teachers with technical know-how to think through these elements. We need to protect our children by providing ways to avoid the many pitfalls that will accompany the freedom that the internet provides. Perhaps new global networks that teach but protect at the same time. Are these words treasonous? Maybe, just maybe they are. Who has the right to say ‘what is good?’

I remember those ‘back to school’ days when I was growing up in Louisa, that ‘perfect’ little town. I cannot imagine living in the new environment that has been formed during this last year. I cannot see the teachers of old deeply involved in the electronic world we are being pushed into today so we can cope with tomorrow. I know that in the workplace even I must learn new programs every day. It seems as if platforms change weekly and we are forever changing our methods of doing business. It will be no easier for teachers, but many times more critical. Staying up-to-date with those changes will be difficult
and will require new skillsets, and understanding of new technical language. With willing educators our grandkids will grow to be ‘light-years’ ahead of where we were back in the day. Our students will be developing even greater changes for the next life-changing moment whatever may be the root cause.

Their interfaces will be world-wide as this old globe continues to shrink. Our kids will stand tall because of the changes being developed today. We dare not fail them.