SUSPECT HAD BEEN HIDING FROM LAW ENFORCEMENT FOR OVER A MONTH 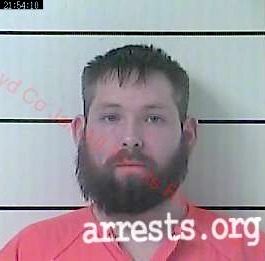 A Lawrence County, Kentucky man is facing charges after being indicted in a child sexual abuse case.

According to a press release from the Kentucky State Police Electronic Crime Branch, back in May of this year, investigations members of the KSP unit started an investigation after it was found that a 27 year old Lawrence County man was communicating with an underage girl online.

The investigation led to a warrant where police seized the phone of Tyler Joseph McKinney, and sent it to the KSP forensic lab in Frankfort for examination.

In all, Tyler Joseph McKinney faces a total of anywhere from a minimum of 36 to up to 90 years in prison total on all of the indictment charges McKinney faces.

On Thursday, August 13, U.S. Marshals found and arrested Tyler J. McKinney in Ironton, Ohio, which is in Lawrence County, Ohio and arrested him on his indictment charges. McKinney is currently lodged in the Big Sandy Regional Detention Center.

(Saturday morning The Lazer received a message from the suspect’s ex girlfriend that Tyler McKinney was taken to and remains in the Boyd Co. Detention Center.)

Joseph Tyler McKinney has had a few run-ins with law enforcement in the last several years. He was arrested three times by the Georgetown Police Department, in Georgetown, Ky. in Scott County in March 2013, April  2013, and June 2014; along with three arrests in Boyd County, Ky. by the Ashland Police Department, in December 2017, February 2019, and March 2019; and one arrest in Greenup County March 2019 for felony burglary (from which he was transferred to Boyd County two days later on a active warrant that made his third arrest in Boyd County)

GROWING UP IN LOUISA...Small Groceries and General Stores