Kentucky’s top election official is weighing in against expanded mail-in voting in November. But the plan only represents a first step toward negotiations with the governor. The secretary has argued many who are already eligible for absentee voting under normal voting conditions don’t take advantage of the alternative.

That group would include voters who are disabled, ill, elderly, or out of the country.

During the June elections, roughly 75 percent of ballots were mailed in under the no-excuse system agreed upon by Adams and Gov. Andy Beshear. But the secretary maintains the November elections could overwhelm county clerks offices.

Beshear is advocating for another round of universal absentee voting.

Lawrence Co. Clerk Chris Jobe gave a response to the article above: 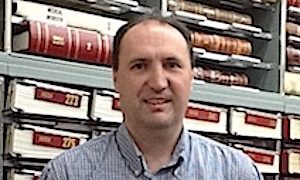 “…Mark, In the Primary we voted 1,383 on Election Day at 4 Voting Centers in the County. We mailed out 1,748 Ballots. And we had 166 vote In House Absentee at the Courthouse. We are waiting to hear hopefully details next week.  We have already had phone calls and emails from voters asking about the Election.”

“…A lot of voters that I talk to express wanting to vote in person. We also are having voters wanting to request absentee ballots. We think the State will let us have more Voting Centers than just the 4 and they will expand the In House Voting at the Courthouse.”

“…We are expecting a large turnout for the November 3rd General Election. My dedicated Staff and I along with the County Board of Elections stand ready to work to provide the Voter’s the best Solution to Cast their Vote on this Very Important Election. We will be working close with the State Board of Elections and Secretary of State Adams. Also with local Post Master Tonya Maynard and her staff as we did in the Primary.