SAVAGE FARMS WINE TASTING IS ONE FOR THE HISTORY BOOKS… 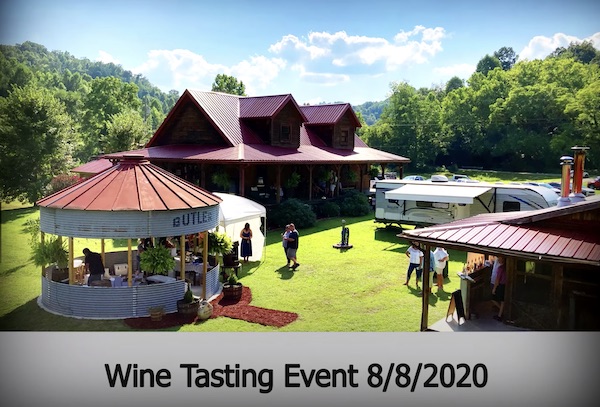 Savage Farms is a local business popular for their home-made maple syrup; their main product over the last several years.

Fallsburg voters were asked on the June ballot if they would be in favor of alcoholic beverages being sold at a winery in the Fallsburg precinct. After the vote had passed, Savage Farms was given the opportunity to expand their business by opening a winery, the first of it’s kind in the Fallsburg area.

On August 8th, Savage Farms debuted some of their wine flavors at a tasting event held on their property.

Many visitors stopped to sample the new product and reported overwhelmingly positive feedback.

“We’ve only received positive feedback, in fact, we’ve had people who aren’t wine fans tell us that they like our wine,” owner Keith Moore stated.

Savage Farms is currently expecting shipment of a new winery, with a traditional tasting room, with the possibility of touring the establishment in the future.

“We’re expecting the new winery to be delivered on Saturday. It has a more traditional layout with a tasting room, and a layout where visitors will be able to tour the winery. We’re hoping to have a grand opening sometime in October, with about 12 different flavors,” Moore said.

If interested, Savage Farms is located on the left of North Highway 3.