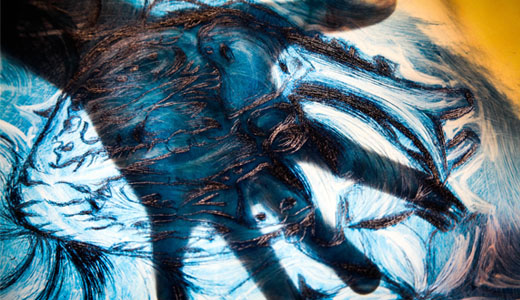 Kentucky Poet Laureate Jeff Worley is calling on Kentuckians to put down their keyboards, pick up their pens and write as part of an upcoming documentary series “Poetry Unites America.”

Worley is enthusiastic about bringing “Poetry Unites America” to Kentucky as part of his mission as the state poet laureate. Eight finalists, who write about their favorite poem and its importance in their life, will be selected to appear on a 30-minute episode, titled “Poetry Unites Kentucky.”

“Kentucky has always been rich in stories, even before statehood when it was the new American frontier,” he said. “The poet Jim Wayne Miller called Kentucky ‘a writerly state,’ and for good reason. Our state has inspired generations of writers and authors.”

He said he hopes Kentuckians will rise to the challenge and submit essays talking about their favorite poems.

Worley was named Kentucky Poet Laureate in 2019 for a two-year term. The poet laureate program is administered by the Kentucky Arts Council.

“The project, which celebrates the harmonizing power of poetry, introduces the medium as an instrument of mutual understanding in the world,” Zadrzynska said. “The goal is to unite, promoting poetry and poetry readers in the hope that their enthusiasm will be contagious to others.”

There is no cost to participate. Essays should be 600 words or less, and should be submitted to poetryunites@gmail.com. The submission deadline is Sept. 15.