GROWING UP IN LOUISA: Sunflowers!

There are sights that I have grown used to seeing on my daily trip to the office. Part of my trip requires my traveling to meet the Jamestown/Scotland Ferry to cross the James River and land in Surry County, Virginia. From there I drive south into Isle of Wight County toward the Administrative Building erected next to the old Courthouse and Tavern. Nearly the whole route is rural populated primarily by farms. I see cattle, alpacas, and fields of various crops. The most common crops are corn, cotton, soy beans, and peanuts, but there is one farm that has many acres planted in sunflowers. It is a beautiful sight to see millions of seed heads with their yellow blooms that follow the sun. Yesterday, dear readers I confess that I was disappointed when I drove by this field. This tropical system had aimed its destructive power upon this innocent crop. Rain or hail had beaten them to the ground. I was so saddened. I reasoned that such is the cycle of life, but the pain continued with me for a time. Hopefully, I thought, after a few days of sunshine the flowers, at least in part, will raise their heads again. 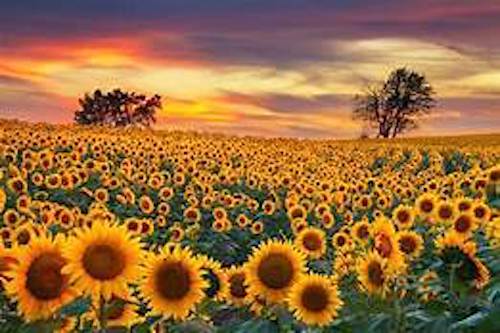 National news reports focused on buildings that were knocked down from several tornados that were spawned from the storm. Report worthy were a few human deaths, some injuries, property damage and destruction of trees. Some neighborhoods were like a battle zone and the public dutifully sent in photos of the damage. Even this article was delayed when we lost our access to internet. Our phones were out as well, so even getting word out was impossible. I had been working from home thanks to the pandemic, but now that was not possible.

We still had some TV, but no internet. Excited reporters literally weathered the storm to keep their audience informed of the current situation. Yes, wires were down and many of the rural farms lacked any kind of power, including life giving water that is usually pumped from a deep aquifer below ground. For those who still had power we could see the radar images as the meteorologist explained the various contrasting images. This storm had taken a week or so to threaten the southern coast and mid-Atlantic states where I live. New England was to be next.

As I sat listening to the racket outside, I could see some of the fury that can hit us in the name of Mother Nature. To complicate things, shelters could not function with the restrictions of the pandemic. When I was a young kids growing up in Louisa there was a certain mean thunderstorm that, more or less, introduced flashes of lightning and thunder to my impressionable mind. My folks ran to the door and called me in asking if I didn’t ‘have sense enough to get in out of the rain.’ Mom explained that if I were struck by lightning I would be killed and she’d no longer have a little boy. I confess that I nodded so to escape a longer sermon. My real concern was this ill-timed weather event messed up my outside playtime. I was still living at the Louisa Inn, and was used to the roar of the many coal trains that passed near our front porch, but this new noise came not only with sound effects, but with bright flashes of light. Those were reminiscent of the large screw in flash bulbs of the forties that were used in the old box cameras. Lightning was different because it didn’t put those blue dots in front of me that seemed to float around the room. This light lit the whole room with a bright staccato of white flashes that washed out the images leaving me in the dark. People had the look of ghosts. The bumble that followed each flash was like a crackle of broken glass. In contrast thunder was more the sound of rolling barrels down the street.

When I was older and living on Clay Street, I would often sit on the front porch and enjoy watching the rain drip, or pour, from the porch roof. We didn’t have gutters like many homes today, and as a result the rain would fall more like a sheet, one in front of the next. Rolling off the porch roof the water would wear a little trench all along the ground exposing little stones in the puddles. Those trenches had little pieces of gravel that I would later use to fill my toy dump trucks. I also used to dream that I would strike gold and we’d all be rich. I’m still waiting for that one.

Some houses around town did have gutters. The ones that just emptied out on the lawn, often washed out a puddle that would fill and overflow. The heavy rains would create washes, or streams, that were so much fun to run through while barefoot. After a particularly hot day, and the following rain, steam would rise from the blacktop roads. The puddles there were warm with residual heat that was being sucked from the pavement below. A splash or two in that and the warm water would feel so good in the now, cool air. I remember splashing water up on my friends, only to have them return the favor.

There were a few houses that had rain barrels, which were useful I’m told for washing one’s hair. Lessons in school made me think they were better for breeding mosquitoes. Rain barrels today have screens to keep the egg-laying monsters at bay. 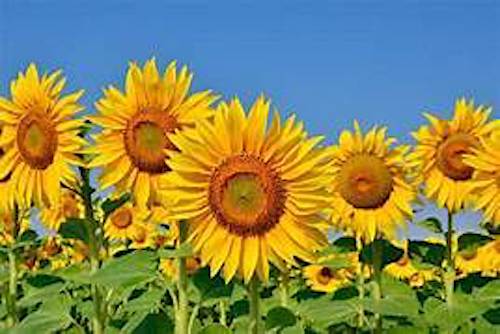 I have an interest in amateur meteorological forecasting. Not so much that I wanted to study the science in a classroom, but I can spot some weather changes when I look at radar images.  I can see the tall cumulus clouds that normally build up when hot and cold climates collide. With those come high winds, rain and hail.

Many of us, like the farmer I wrote about having the sunflowers, have suffered from ill effects caused by these storms. Crops are ruined when the hail pounds the produce into the ground. On occasions, flash floods wash out roads, and high winds uproot trees, regardless of their historical value. Worse still, funnel clouds drop and tear up everything in their path.

In eastern Kentucky the most common weather effect was flooding. The branches, creeks and rivers sometimes swelled in the spring runoffs or whenever a cloud burst happened up stream. The news was full of pictures and stories of whole towns being swept away in the brown muck that the river became. Families suffered with the loss of children who were surprised by flash flooding. Even the railroads were at times were washed out. It has become an occasional effect from hurricanes that rarely go inland from the beaches but take their rain westward into the hills and deep mountain gorges beyond.

I have taught my family to take such threats seriously, including waiting out some of the worst events from interior rooms without windows. I have seen the tornados damage properties near to my home and have seen serious damage rise from that. I now live in an area that is smack in the middle of the hurricane belt. My family has seen big trees laying on our smashed roof, with limbs coming through to two of our bedrooms ceilings. Power out for two or more weeks. Our frozen food was lost, and chimneys were knocked down. I spent most of that time in the Emergency Operations Center, (EOC), so my wife had to work through a lot of that by herself. She is a hero in my mind.

This week’s storm did its work and whole neighborhoods are again without power. Some buildings were destroyed and a trailer park twisted into a metallic pile of debris.

Well, here’s hoping this storm will be the last tropical event of the summer. Don’t get me wrong, a gentle rain is always welcome and well appreciated when summer’s heat has baked us like a pizza. Those little storms refresh and clean our land. Besides, that’s a favorite time for me to grab a nap, or sit outside and enjoy the cooling breeze.

I remember waiting out a storm in my uncle’s dairy barn. Hiding in the loft between the bales of hay it was like a fort for this little boy. The smell of the hay and the breezes that crept through the boards are remembered these many years later. While Mother Nature can be kind, she can be brutal, too. Today I have power, but my internet finally was restored after six days without. That wouldn’t have mattered a decade ago, but believe me it matters now. Working from home in this pandemic is only possible through access to the net. Besides, no matter how well we set things up, Mother Nature rains on us all including the sunflowers in the fields. Ours is to stand tall even after the abuse and show ourselves strong. May life treat you gently, my friends.