Arrest of Johnson Co. man on I-65 reportedly yields 100 pounds of cocaine 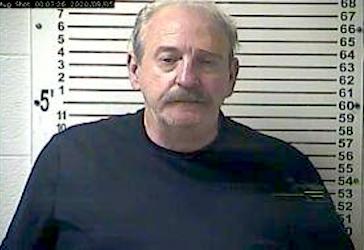 An eastern Kentucky man was arrested after Kentucky State Police reportedly found him with more than 100 pounds of cocaine in his vehicle on the side of Interstate 65.

Paul Branham, 67, of Paintsville, was booked Wednesday into the Hardin County Detention Center and released Thursday after a partially secured $75,000 bond was posted on his behalf.

According to an arrest citation, Branham was in a 2015 black Chevrolet Silverado at the 92-mile marker in the northbound shoulder when a KSP trooper came upon the vehicle.

KSP’s K-9 unit hit on a controlled substance smell coming from the vehicle, the citation said, and 50 kilograms — about 110 pounds — was found “packaged for sale.”

Branham is charged with second offense, first-degree trafficking in a controlled substance – cocaine.

According to a KSP news release, “During the course of the encounter and subsequent investigation, drugs and cash were recovered and taken into evidence.”

Branham is scheduled to appear Monday in Hardin District Court.