GROWING UP IN LOUISA: A Different World

My goodness! Who would have ever thought things could be so different? A year ago I would have been astonished to think that K-12 and colleges would have to teach ‘virtual’ classes and students would essentially abandon campuses all around. The world has changed so that it’s a miracle we have the means to communicate over the web. Who would have thought that carnivals, fairs, and eating out would be suspended or drastically curtailed? This is a time when students are deeply involved in sports and music camps, but not this year. Friday night football will not entertain adoring fans and the band will not march.

For most of us it took a second glance to see that the economy was to be crippling for some while others would make a killing. The idea that so many people would become ill and that a sizeable percentage would die was not conceivable even six months ago. With little warning it began. Halfway around the globe, people were falling sick and the virus was spreading like crazy. Within a short period of time we were donning masks and staying away from large group activities. Some followed instruction better than others, thus fighting the creeping infections that were soon enough growing in pockets across Asia, Europe, Africa and even the United States. 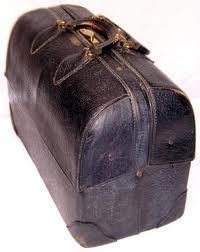 For me, an elderly person who is considered a high risk, it meant working from home. As it happened, I was already putting in two days a week from my residence, but now it has become five. I had to put my mind to changing business practices and finding ways to continue to support my work. I was lucky. For many, especially those in the service fields, it has meant a loss of work and the subsequent loss of income. Threatened now to lose our jobs, our homes, and maybe even sustenance, we become fearful and anxious. Our solace in such times are our churches that give us a place and purpose to band together, but even that is put on suspension. My wife and I attend our church on ‘You Tube,’ and keep in touch with friends by telephone or short visits. Boy, life is different!

While we are shocked by these ‘forced’ changes, and are quick to look back to ‘better days,’ technology seems to have been primed and ready to take over. For most of my life people who were comfortable in their work processes fought change. The concept of not having an ‘inked’ signature or a paper file was inconceivable, but this pandemic has changed the world. Not just a temporary change, mind you, but forever. When the virus is finally controlled or eradicated the platforms we have built will be the foundation of many more changes. We won’t go back to our former ways. 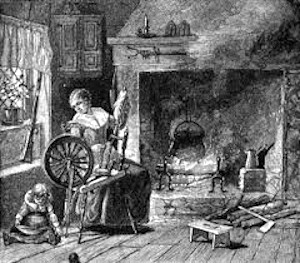 When this land was settled the pioneers used root cellars, smokehouses, and outhouses routinely to make life livable. Some afforded ice houses but these were replaced during our lifetime by refrigeration. My refrigerator of today knows when to order filters and can make a cup of hot cocoa. Shall I, as I try to live closer to the earth toss out the new in favor of finding a spring? No thank you. In many ways these are the ‘good old days,’ but tomorrow has even greater promise.

While photography had its glass and metal plates during and just after the Civil War, it has become digital today. Pictures jump off the screens of our smartphones and are sent across the world in seconds. We no longer need to keep manuals. The net can provide the information we need at a finger’s touch.

We no longer ring a school’s bell and monitor the hallways, but security systems will maintain whatever replaces the brick and mortar school buildings we are closing. A concern of mine is the potential loss of socialization skills and the growth in learning that comes with diversity. Those involved in other social activities such as church, sports, debates, and special interests can overcome the closing of schools as we know them, but what about the others?

Remembering ‘Murphy’s Law,’ I am not surprised that at the same time of this pandemic and accompanying maladies, is the social unrest that is putting our democracy at serious risk. Mistrust (sometimes earned) of the government could bring on anarchy and the demise of our children’s future. That worries me. I understand a pocket of unrest when facing hopelessness or abuse, but surely not to be destructive of our very own rights. With illness on the one side and despair on the other we must remember each other. The rooting out of evil cannot be accomplished by adding more evil. 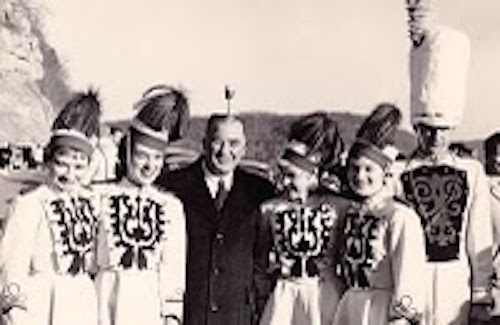 Oh, I remember those idyllic days of old when life seemed slow and easy. We saw the earliest days when horses were still used on some of our farms, but know that farmers marveled over their first tractor. We remember when plumbing was added to our homes and when travel became a pastime and second nature. I remember many of your faces and the laughter in those dark hallways with the oiled floors. I remember going to the movies, and putting on concerts with the band. I wonder if today we could have a virtual band and give virtual concerts. If not, we will be virtually disappointed, for such.

The fact is, to my memory, life wasn’t really without incidents of painful change. During the great depression I’m told that our little town struggled to help the hordes of hobos riding the rails in hope of finding work. I mean work of any kind. Soup kitchens were for the big cities, but our parents worked hard growing vegetables, keeping livestock and selling eggs and butter. The CCC boys built a new high school building and post office and added the back rooms and cafeteria at the grade school. Slowly the economy improved, but it did not fully recover until war broke out again. For us Americans it was Pearl Harbor, a place few had even heard of. As the war machine cranked up, the number of jobs building jeeps, tanks, airplanes and ships grew daily. The young man from the farm found himself being shipped halfway around the world leaving his family behind. Young women fought the fear that their true love may not return. They worked hard putting in victory gardens, canning food, and making their own clothes from whatever feed sack they could find.

Yes, there were flu epidemics and diseases not even known today. People suffered with polio and died in horrible mining accidents. Even the iron horses that were a lifeblood of the Big Sandy Valley took lives. Nonetheless, we adapted, accepted new ways and sometimes even demanded change. We lived on to tell our story. 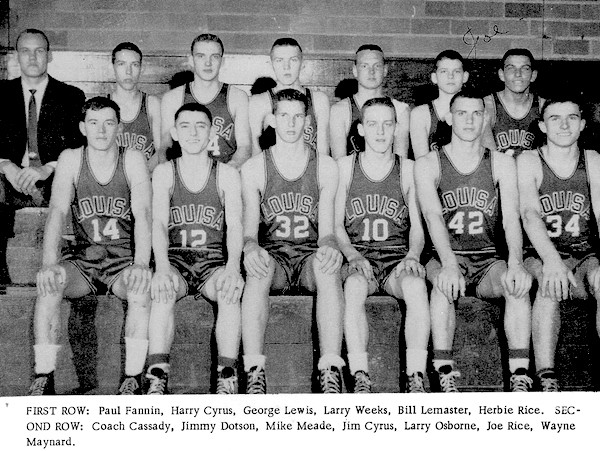 This pandemic is serious folks. It is breaking all the old records for flu deaths that took friends and family members from our midst. We are told the restrictions are only temporary changes. Meanwhile, we have no more dances; no more sports; no more gatherings of any kind. Travel is curtailed and we are locked away by today’s situation. Tomorrow we must reach out for new solutions and restore the old ways that have true value. Many of these temporary changes will lead to a better, richer life as even more ‘spinoff’ ideas and inventions are developed.

Rest assured, life won’t fully return to the old ways. Why should it? While having romantic memories of the past, we should adjust and find new ways and new memories. We can be thankful that we are a people that can survive, can make improvements, and are proudly finding new ways. Our grandchildren will hear of things of the past, but they will thrive in the present and have hope for the future. As Solomon of old pronounced, there is nothing new under the sun. Life can be tough, so let us feed those things worthwhile, and starve whatsoever is unfruitful or causes pain.

I remember lots of things but truly relish the happy memories of our little town. For me it was a season to grow up. I remember the people who helped along the way and enriched my life. I remember the sweet faces of my peers, the funny things that happened, and the family traditions that seemed perfect for the day. We remember dark days, too, for they were always there. We have lost family, friends, and look even today over our shoulders expecting the reaper to take his harvest. So, ok. Our turn will come but it will not be in vain for we have lived. Remember that tough times don’t last, but tough people do. Yes, things change and with that, life’s circumstances will make a different world, but that’s a good thing, isn’t it?