WHERE DOES OUR LOCAL TAX MONEY GO? THIS WEEK LAWRENCE CO. LIBRARY

BOE IS NEXT IN SERIES

OUR SERIES LOOKING AT THE COUNTY’S TAXING DISTRICTS and other financial matters during these trying times is in its third week after we posted the budget summaries and salary lists for employees in the Lawrence County Fiscal Court and the City of Louisa.

Director Carlie Pelphrey sent the info the same day it was requested.

We will attempt to post the budget for ALL taxing districts to see where our burden of taxation is going.

County Clerk Chris Jobe said recently that the county has over $1 million in uncollected property taxes and the state is planning on severe cutbacks to county governments, SO IT IS VERY IMPORTANT TO LOOK AT WHERE OUR TAX DOLLARS ARE BEING SPENT. The state legislature decided to leave the school system on the same budgets in SEEK monies as last year, so no major cuts are expected this year.

Here is the new budget for the library which gets 14.7 % of your tax dollar. 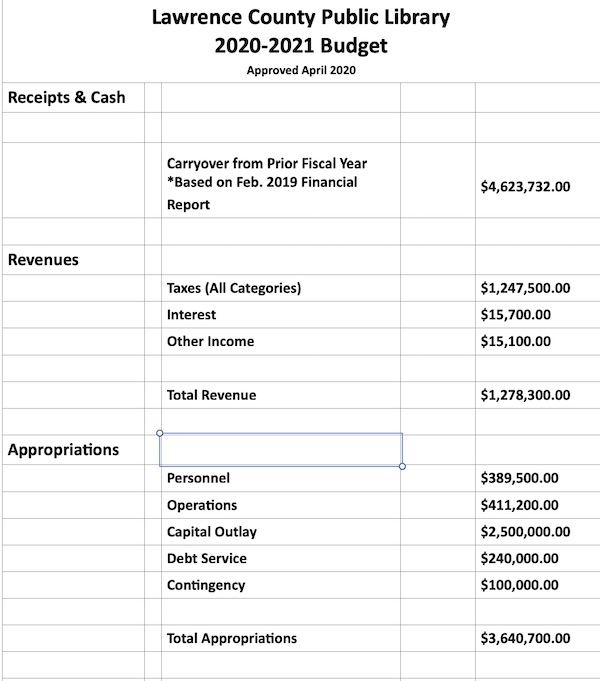 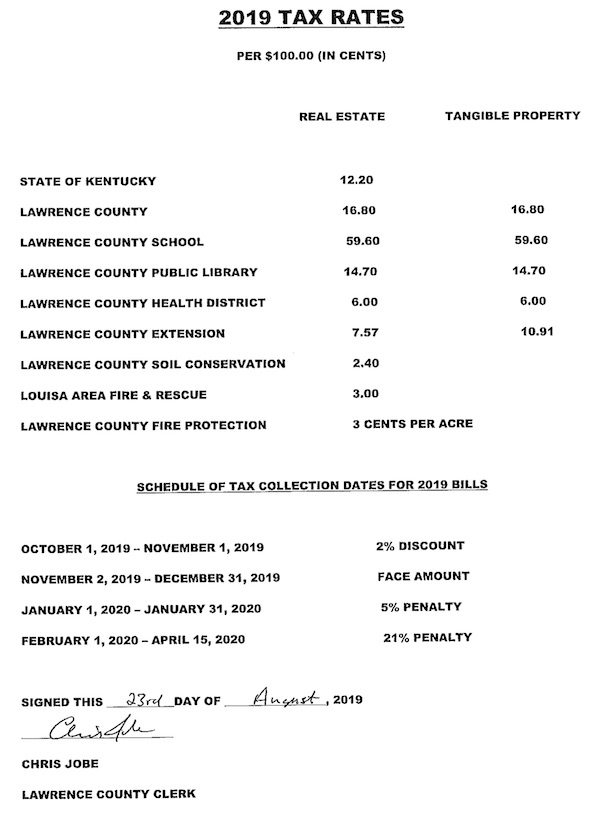