Accident shuts down Rt. 40 between Inez and Warfield 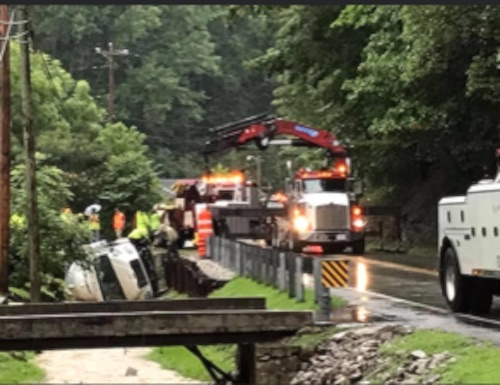 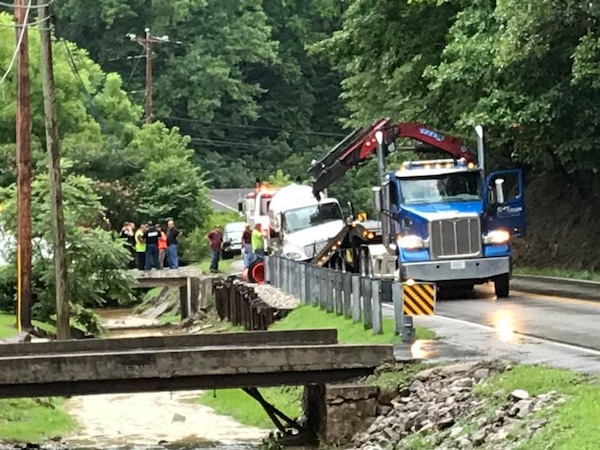 Martin County KY Emergency Management reports that an accident involving a propane tanker truck has shut down Route 40 between Inez and Warfield.

Part of Route 40 (also known as Blacklog Road) in Martin County, Ky. was shut down due to a crash involving a propane truck. It happened around 4:15 p.m. Thursday.

According to Martin County Sheriff John H. Kirk, Route 40 on Backlog at Big Elk Church was closed for hours. Sheriff Kirk said the crash happened when the truck hit the end of a bridge and slid into a creek. The road was briefly opened back up when wreckers arrived but was closed again when another wrecker was requested.

Sheriff Kirk gave an advisory for those who would be traveling through the crash area to use Route 2031 Elk Creek Road and 908 Turkey Creek Road as a detour.

At around 5:45 P.M., wrecker crews started working to remove the propane truck from the creek.

At just before 7:20 P.M., the wrecked propane truck was removed and was eventually loaded onto a lowboy. The Kentucky State Road Dept came to the scene for cleanup.

Route 40 was eventually reopened at just around 8:30 P.M.