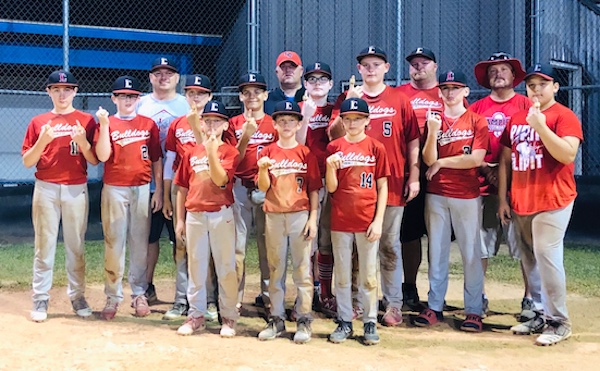 The Bulldogs went 2-0 in pool play with wins over the East Ky Railcats 7-2 behind the pitching of Dixon Kincheloe and the hitting of Logan Whisenant and Gunnar Woods who both belted Home Runs.

In the second pool play game the Dawgs took out the Paintsville Yankees 7-4 behind a three run homer from Gunnar Woods in the fourth inning to erase a 4-3 deficit. Logan Whisenant was again the winning pitcher in relief.

In the semifinals it was Lawrence Co. defeating Breathitt Wahoos for Christ in a high scoring affair 12-10 to advance to the title game. Braxton Davis who was the winning pitcher smacked a two run double to break a 10 all tie and secure the win for the youngsters.

It was a rematch of a pool play game but the outcome was the same as the Dawgs romped the Paintsville Yankees 12-2 in three innings to bring home the hardware. Logan Whisenant went the distance and only allowed 1 hit. The Bulldogs were led by Braxton Davis with 1 hit, 1 RBI and scored twice, Dixon Kincheloe, Boedy Maynard, Mikey Akers and Robbie Johns had 1 hit and 1 run each. Gunnar Woods 1 RBI, Gray Derifield and Parker Crace scored 2 runs each, Owen Pack scored once. 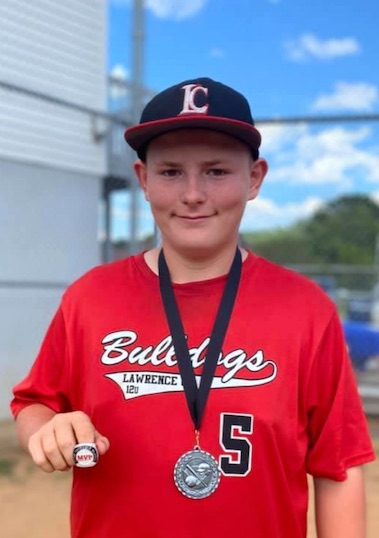