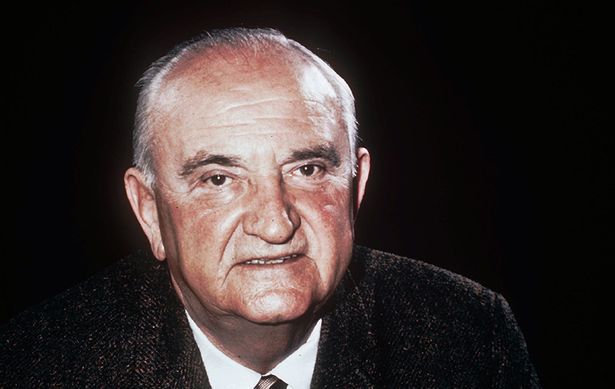 LEXINGTON – The faculty of the African American and Africana Studies program at the University of Kentucky are calling for the name of Rupp Arena to be changed as part of their recommendations for improving race relations on campus.

“The Adolph Rupp name has come to stand for racism and exclusion in UK athletics and alienates Black students, fans, and attendees,” the faculty wrote in a letter to UK president Eli Capilouto posted to the school’s African American & Africana Studies website. “The rebuilding of the arena and the convention center offer an opportunity to change the name to a far more inclusive one, such as Wildcat Arena. In addition, the University should survey all campus buildings and remove all names of enslavers, Confederate sympathizers (such as William C.P. Breckinridge), and other white supremacists.”

The proposal to rename Rupp Arena was last on a list of 10 suggested reforms included in the letter. The faculty also called for the following changes on campus:

In the letter, the faculty say they are writing “in the names of former UK student Breonna Taylor, George Floyd, David McAtee, Tony McDade, Ahmaud Arbery, Dominique Fells, Riah Milton, and too many others” and “strongly condemn the unnecessary and racist violence that is daily inflicted upon Black Americans by white vigilantes and police who are paid to protect and serve.”

In a statement provided to the Courier Journal responding to the faculty letter, UK spokesman Jay Blanton promised further reform from the university but did not specifically address the proposal to rename Rupp Arena

“The faculty and students who have expressed these concerns are deeply valued members of our community,” Blanton said. “We thank them for their passion and commitment to advancing equity at UK. Senior officials have been meeting and corresponding with them to address their specific concerns, which speak forcefully to the systemic and institutional racism that we must thoughtfully and urgently address as a campus.

“Approvals already have been made with respect to the new faculty hires requested, and discussions are ongoing regarding the creation of the Commonwealth Institute of Black Studies. But more must be done. Ant that is what our process – which hundreds of members of our campus have stepped forward to be part of – is designed to address. The work ahead of us is bigger than a plan written down on paper. Rather, we must respond as an institution, now and from this point forward, to be a community that stands against racism and that embraces people as their authentic selves.”

Rupp’s recruitment of Black players has long been a point of contention among college basketball fans.

Rupp did not sign a Black player at Kentucky until Shawnee star Tom Payne in 1969, six years after the university moved to integrate its athletic teams and four years after the UK football program signed Nate Northington and Greg Page as its first Black recruits. Rupp was the coach of the all-white Kentucky team that lost to the all-Black starting five of Texas Western in the 1966 NCAA Tournament championship game and was cast as the villain in the movie Glory Road based on the book written about that game.

Supporters of Rupp, including the crew behind the documentary “Adolph Rupp: Myth, Legend and Fact,” note that Rupp led a team with a Black player as a high school coach before he was hired by Kentucky, announced he would begin to recruit Black players before the Southeastern Conference integrated its sports teams and recruited Black Louisville stars Wes Unseld and Butch Beard in the 1960s.

In January, the Lexington Center Corporation and UK announced naming rights to the convention center surrounding Rupp Arena, which is undergoing a $275 million renovation and expansion, had been sold to Central Bank but that the name of Rupp Arena would not change.

“It has to be Rupp Arena,” UK athletic director Mitch Barnhart said at the news conference announcing the naming of the Central Bank Center. “When you’re recruiting, when you’re having teams come in here to play and people come in here, this is Rupp Arena. It’s set apart from all other places. … This one’s been this way for almost 50 years, and it can’t change.”

On Politics:Black women are fed up, and want more than justice for Breonna Taylor

UK and the Lexington Center Corporation agreed not to change Rupp Arena’s name while leaving opening the possibility of selling naming rights for the convention center in a lease agreement signed in February 2018. That agreement stipulated UK will pay LCC $750,000 per year for the right to license the naming rights of the facility.

“We were worried over time that someone would come in and infuse a lot of cash and Rupp Arena would go away,” he said. “We made those concerns known to Mitch early on in the process, and Mitch has never wavered. From the beginning, he said Rupp Arena will always be a part of the name of where UK basketball plays as long as he’s in charge.”

Lawrence Fiscal Court to have special meeting on gravel bids