GROWING UP IN LOUISA…Gardening the old way

Yesterday, I had another Deja vu experience when it came time to plant beans and tomatoes in our small summer garden. My wife had dutifully planted all kinds of seeds and some pepper plants. She has taken over some of the hard work that is now beyond my ability to do. I still take responsibly to proclaim things one might do to improve results. Being diligent in the continuance of gardening means that we will eat and enjoy the fruits of her labor even over the winter months. My wife has been known to ‘put up’ a great many cans of vegetables that she would break out, season and cook for some very fine dinners. You see, I love half-runner and Kentucky Wonders beans grown together and served up hot with seasoning. Suzie and I intend to pick them so she can do her magic. Yum. Even the kids loved these when they were growing up. Now it’s also the grandkids delight, too.

Growing up in Louisa I was a lot like every other kid. I frankly didn’t care much for my vegetables, other than home grown radishes like the ones I mentioned in an article a few years ago. I was kind of a “meat and potatoes” kind of guy, but in fairness, except for French fries, I could skip the potatoes, too. Give me meat. As a child growing up I was sent to ‘hoe’ the garden and remove those ornery weeds that do pop up and overwhelm the vegetables. That work was often hard for me, considering I’d rather be playing baseball, or just about anything else. I remember dropping by to see Johnny Bill Boggs when his dad put me to work cleaning out his garden. One time the entire family was laboring in the sun, but frankly it wasn’t but so bad with Eddie, Maggie, Johnny Bill, Nick and me, all bent over pulling weeds.

None of us were wealthy, so augmenting the pantry helped us eat better than we might have.  Some years were better than others, but none were graced with expensive cuts of meat. When I was growing up in Louisa, meals often included chicken, usually fried in the summer and baked in the winter. We had pork chops and ground beef, was usually used to augment spaghetti sauce, chili, or some gravy or sauces. Other times were pretty lean and we were lucky to have beans. I think we mostly had navy beans or October beans, and lots of snap beans I helped to string. 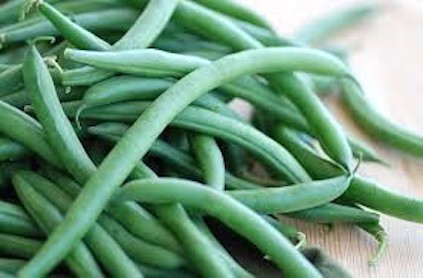 I still remember sitting on our front porch with my great grandmother and working on a bushel of string beans. She taught me how to remove the strings and break them to just the right length. The funny thing was that when I had something vested in the meal, that part of the meal tasted extra good to me. Then and now my wife and I say that homemade is best. We believe it, but I remember that it was deemed fashionable back in the day to favor things that were ‘store bought.’

A cliché that was often used while I was growing up was ‘best thing since sliced bread.’ As a kid, I took that to mean that sliced bread was easier to use in lieu of the random cuts of homemade bread. The issue was which one fit the toaster and held together best with a sandwich. Store brands were somehow supposed to be better, but later in life I reversed that opinion. I love homemade bread. I now enjoy the wonderful smells of fresh baked sourdough bread and the taste of fresh melted butter soaking into the heart of the slice. Even way back then, I remembered to take a hunk of bread and dip it into sorghum or honey.

During my early ‘adulthood I purchased a fancy rear-tined rototiller, but I sometimes found myself reaching instead for the old-fashioned push plow that had a single big wheel and two handles. It was light and not at all noisy. I remember still those olden days when I’d see farmers plowing rows for corn or some other crop. They usually had tractors to do the work, but I also remember some using horses or mules to pull a walk-behind plow. An uncle showed me that I should always run the rows straight. This would ensure the full use of the land and make cultivation easier, too. He told me to lock in a distant landmark and keep a tight eye the whole way. As in all things, focus brings success. Those beans are sewn now so I’ll be checking back to watch them sprout and grow. I will do my part guiding them onto a supporting string. From there they will climb and bloom creating that meal I so look forward to.

About three years ago I took out some grape vines that had been mostly unproductive. It was my fault. I had mixed varieties which is not smart. That was a result of my saving money by buying bargain closeouts. I have found now it is cheaper to buy the variety you want and set them out at the same time. I remember a house in Louisa that had grape 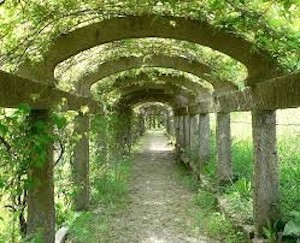 vines growing over a trellis so thick it made shade good enough to eat under. That house had a long trellis that must have been maybe forty or fifty feet, so it looked like a tunnel. I know they put up grape jelly because I remember having some from a pint jar they had given mom. We like to put up grape juice, too. I remember once that Stanley Brown and I put some grape juice in a gallon container, added sugar and put it under his house for a time. I guess someone drank the stuff, but I did not have a taste for it. I preferred Welches.

We’ve moved and have put out some grapes and I’m looking forward to the wonderful grape juice that Suzie makes. The taste will bring back some memories, I’m sure. We have several kinds of berries, so maybe if I’m good and stay on my diet, I can have a bowl or two of those. If not, someone will enjoy them.

Earlier, I made mention that I could take or leave potatoes. That’s not really true, especially when we’re talking about the homegrown variety. This year, I missed the window of opportunity to plant potatoes and I do really love the little ‘new’ potatoes as a side dish, or put into a stew or with a roast. As summer wanes I’ll be looking for a spot to start some sweet potatoes. Maybe I’ll have some collards for the fall. Time flies so quickly, doesn’t it? I am blessed with fig bushes, squash, melons, cantaloupes. It would be nice to plant a few strawberries next spring. I remember some growing behind Simpson’s Gulf on Lady Washington Street. They were so good.

Many of us remember that during the big war everyone planted those little victory gardens. They literally fed America and they fed us well. I wrote about the canning shed that was in place up behind the old LHS bookstore. I was really young then, but I remember the steam rising from the canners and mom guiding me away from the dangerous heat. I wrote about that maybe three or four years ago.

I remember a number of those gardens that were sprinkled around the town, but so much more out where people had space. I know that High Bottom was full of gardens, as were many of the farms I saw as I traveled up and down the Big Sandy. I saw them in Webville, Lomansville, Buchannan, and Fallsburg. Smokey Valley had them all around, and the Point was loaded with them. I saw them out toward Blaine, Catlettsburg, Potters, and Walbridge. They were everywhere because Kentuckians know how to eat. I still know how and I try to practice it daily.

So why does an old man go out to plow? Well, to put it simply, this old man was taught that the best eating was home grown, and I’m in flavor of that!  mcoburncppo@aol.com