From Dollywood to Hollywood: Lawrence County teen pursues his love for performing 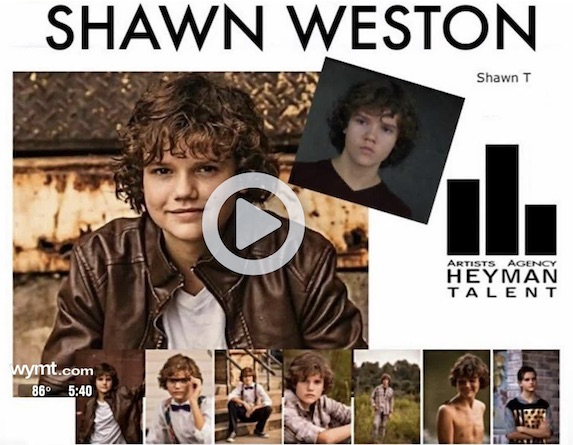 BLAINE, Ky. (WYMT) – Shawn Weston Thacker has big dreams. And he is well on his way to making them happen.

“It’s good to get started in local theatre and stuff. Because it’s always a good experience,” Thacker said.

The 14-year-old performer has been acting since he was young. He got his start with Junior Pros at the Mountain Arts Center and, at the age of nine, he found representation to turn the passion into a career.

“My dad heard an ad on the radio for a talent showcase called “The Arts.” And I auditioned and they chose me to go to Orlando Florida. And I auditioned in from of dozens of talent agents,” Thacker said.

“I was in a theatre play down there for two Christmas seasons: ‘O Holy Night.’ I was the lead in that- a main role- and that was a lot of fun,” he said. “It was a lot of fun having Dolly Parton as your first boss.”

These days, his stage looks more like a television set. He has worked on projects like CW’s D.C. Stargirl, NBC’s Council of Dads, and the Netflix series Cobra Kai.

“And a horror movie that comes out sometime this year,” said Thacker. “And, I can’t say, but a Marvel movie and a DC movie.”

Thacker loves being a featured actor, and it has added a nice list to his IMDb page. But he hopes his time in the background will lead to more demanding roles, like Broadway and “to be the lead in a movie.”