Police: Krystle Williams to be transported back to Pikeville from Lexington on Thursday

By Jordan Whitaker
LEXINGTON, Ky. (WYMT) – Krystle Williams, the Pikeville woman wanted in an ongoing missing person case out of Pike County, turned herself in to Lexington Police on Wednesday according to Pikeville Police Chief Chris Edmonds.
Williams is wanted on a second-degree arson charge after a burning vehicle was found Monday with human remains inside. The remains have not been identified at this time, autopsy results are pending.Williams is currently being held in Lexington, but Public Information Officer Tony Conn with the Pikeville Police Department says deputies from the Pike County Sheriff’s Office will be making the trip to Lexington on Thursday to have Williams transported back to Pikeville. 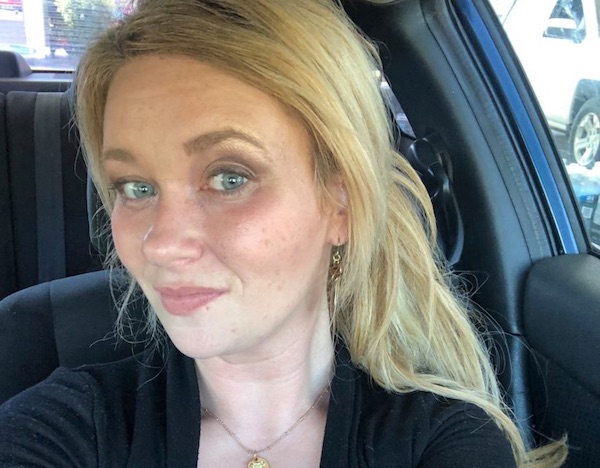 FOUL PLAY NOW SUSPECTED IN THE MISSING PERSONS CASE; TWO MEN RECENTLY ARRESTED IN PIKE COUNTY DISCOVERED TO BE INVOLVED IN THE CASE AFTER SQUEALING INFO ON EACH OTHER. 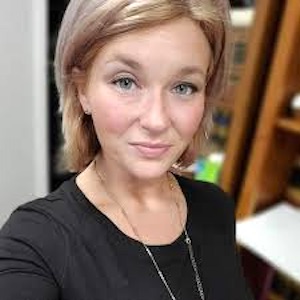 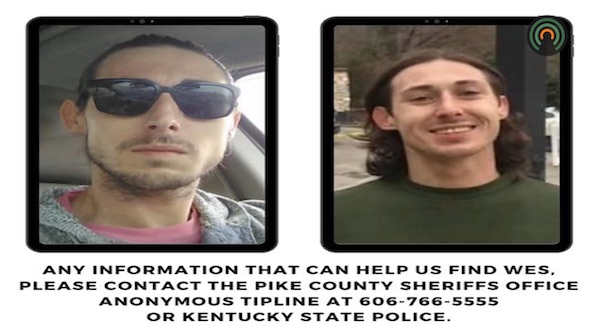 WANTED: KRYSTIE LITTLE (pictured AT TOP & in the center) FOR AN ARSON CHARGE, IN CONNECTION WITH MISSING PERSON CASE & PROBABLE HOMICIDE OF WESLEY HOOK (picture on the right) IN PIKE COUNTY.

A Pikeville woman is wanted in connection with the burning of a vehicle, inside of which police investigators found human remains they now believe to be a Pikeville man missing since June.

At a press conference Monday, Pikeville Police and the Pike County Commonwealth’s Attorney’s Office released more information on the case of the disappearance of Wesley Hook, 30, of Pikeville, who went missing after having been last seen June 10.

Officials said at the press conference that Krystle Williams, 33, of Julius Avenue, Pikeville, is wanted on a charge of second-degree arson in connection with the burning of the vehicle that was found in the Robinson Creek area Pike County on July 3, that police have identified as belonging to Wesley Hook’s father.

Informative tips to Pike County law enforcement officials had Krystie Williams was believed to have been in Fayette County, Ky. at the time of Monday’s press conference.

Law enforcement officials have said human remains were found in the back seat of the car. Officials said during the press conference those remains have been sent to the Kentucky State Police forensic lab in Frankfort for identification using dental records, and they anticipate identification to be made early this week. They also said during the conference they believe the remains are those of Wesley Hook, but no charges have been filed in relation to the person’s death pending identification.

Previously, in a press conference last Thursday, July 9, Pikeville police said that they had now suspected that foul play was involved in the missing persons case out of Pikeville. Pikeville Police Information Officer Tony Conn said a burned vehicle belonging to Henry Hook, the father of Wesley Hook, was found by police with human remains inside of the vehicle. Wesley Hook was reported missing after having been last seen by his family on June 11.

Officer Conn said the remains found inside the 2008 Chevrolet Impala sedan have been forwarded to the Kentucky State Police forensic lab for identification. The vehicle was identified using the vehicle identification number, or VIN, as one Wesley Hook was known to have driven. In consideration of the development in the case, Conn said foul play is suspected in Wesley Hook’s disappearance.

Officials said two men with close knowledge of the case are currently in custody in Pike County. Eric Deleon, 33, of Nicholasville, and Enos Eugene Little, 47, of Lexington, are both lodged in the Pike County Detention Center. 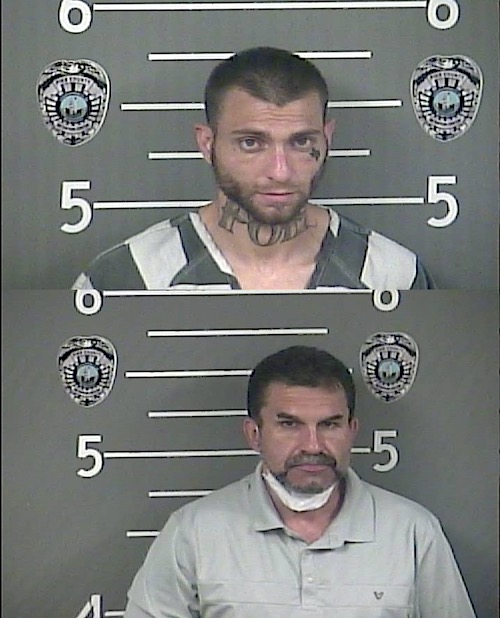 ACCOMPLICES TO A MURDER? ERIC DAVID DELEON (TOP), & ENOS EUGENE LITTLE; WHO WERE ARRESTED OVER A WEEK APART ON SEPARATE CHARGES, ONLY TO REVEAL AFTERWARDS OF “KNOWLEDGE” ABOUT THE MISSING PIKE COUNTY, KY. MAN CASE.

Pikeville Police spokesperson Officer Tony Conn said during Thursday’s press conference that Eric Deleon gave statements indicating he was responsible for burning the vehicle with the humans remains inside. Enos Little, officials said, was arrested on drug trafficking charges during the course of the investigation into Hook’s disappearance and he also gave information indicating an intimate knowledge of the case.

Enos E. Little was arrested by officer Josh Lawson, of the Pikeville Police Department on Thursday, July 2, at around 6:30 P.M. Enos Little was charged with:

• POSSESSION OF FIREARM BY CONVICTED FELON.

Enos Little’s bond was set at $40,000 full cash only on the meth charge, and was denied bond on the other two charges. Enos Little has his first preliminary court appearance set for in Pike County Circuit Court on Friday, July 24, at 11:00 A.M.

Eric David Deleon was arrested by officer Tommy Fouts, of the Pikeville Police department on Saturday, July 11, at shortly after 3:00 A.M. Eric Deleon was charged with:

Both Eric David Deleon and Enos Little have an extensive criminal past history in Kentucky; as Eric Deleon with his latest arrest in Pike County making it his 13 arrests in the last nearly eleven years (08-06-2009) on 30 charges; in Fayette, Scott, Boyle, and Lincoln County. Eric David Deleon oldest’s arrest in 2009 has indicating he had run ins with law enforcement outside Kentucky, with a fugitive warrant charge.

Enos E. Little has a much larger and more serious criminal past, with his latest arrest in Pike County haven marked his 40th arrest in over 18 years (03-01-2002) on at least 108 charges. A native of Pike County, 28 of his 40 arrests were in Pike County, along with arrests in Johnson County, Fayette County, Scoot County, Clark County, and Warren County.

The missing and now presumed dead Wesley Hook has a criminal past also, with eight arrests since October 2008, on a dozen or so charges, most of which were mild But his last arrest, for a DUI charge on June 4, just six days before his disappearance and now likely death. 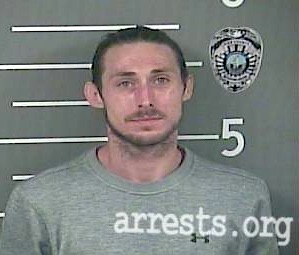 HAUNTING LAST PICTURE: MUGSHOT PHOTO OF WESLEY HOOK, WHO WAS ARREST ON A DUI CHARGE IN PIKE COUNTY ON JUNE 4, JUST SIX DAYS BEFORE HE WENT MISSING, AND IS NOW PRESUMED DECEASED.