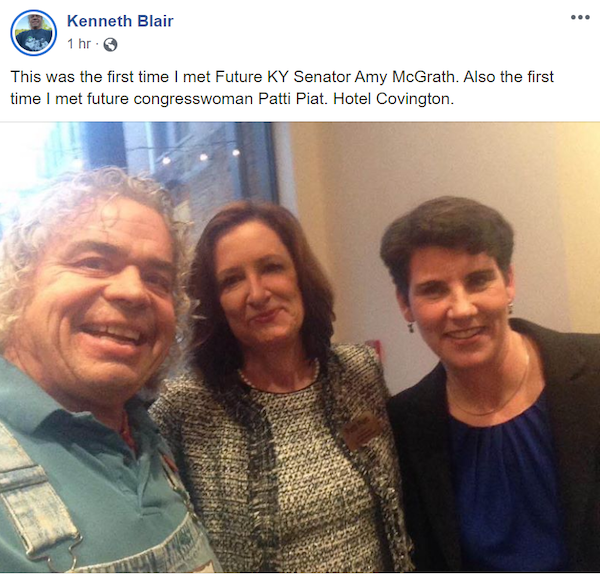 Frankfort, KY – The Republican Party of Kentucky is calling on Democrat candidate Amy McGrath to apologize for posing with an extremist that hanged President Trump in effigy.

“This latest revelation is just another example that Amy McGrath and her liberal allies are too extreme for Kentucky,” Republican Party of Kentucky spokesman Mike Lonergan said. “Posing for pictures with extremists that advocate violence against the President has no place in our discourse – and Amy McGrath and Kentucky Democrats need to unequivocally reject this radical behavior.”