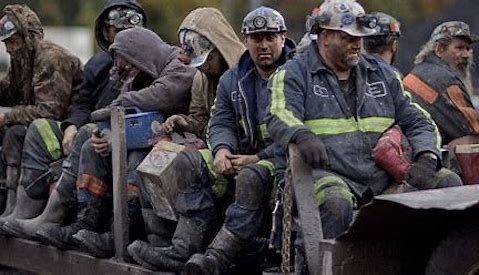 Ky. economist: Trump has run a losing ‘con’ on promises to bring back coal; regulation not to blame, study says

This was initially published in the Lexington Herald-Leader.
By Donald Mullineaux, emeritus professor of economics, University of Kentucky
“Con Man Donald Trump” into Google’s search engine yields 87.8 million prospective readings. The dean of con artists, P.T. Barnum, would be green with envy at that number. A prolific showman and huckster, he foreshadowed Mr. Trump in many ways, including holding several political offices in Connecticut. But while Barnum wore his “badge of con” proudly, Trump routinely portrays himself, with no sense of irony, as the victim of “con jobs” and “hoaxes.” Countless examples in the media identify Trump as a con man, but one is quite relevant to Kentuckians. President Trump has promised many times “to bring back coal” and restore mining jobs. How well has he delivered on that promise?

According to the U.S. Energy Information Administration, total U.S. coal production in 2019 was 705.3 tons, down 6.8 percent from the previous year and the lowest level of output in over 41 years. In 2018, production likewise fell by 2.4 percent. According to the Kentucky Annual Economic Report 2020, the state’s coal production likewise fell 5.2% in 2018 to 39.6 million tons, the lowest level of output since 1954. Noting that coal production accounts for less than 1 percent of Kentucky gross domestic product and just 0.3% of total employment, the report cites “cheaper sources of energy, like natural gas and renewables, more stringent air quality regulations, and weaker-than-expected demand for coal in Asia” as the primary sources of the industry’s current woes.

The USEIA forecasts that, given the onset of the pandemic induced recession, coal production will fall 22 percent this year. During the period 2009-16, when we had a different president, coal production averaged over 1 million tons per year. Even P.T. Barnum would be hard pressed to sell the recent numbers as a “comeback for coal.” As with most of President Trump’s promises, he has said virtually nothing about his strategy for reversing the fortunes of the coal industry.

The number of coal-mining jobs has likewise been in long-term decline for decades, but the trend reached a temporary bottom in 2016. Coal industry employment was relatively stable over the last few years, according to data from the Federal Reserve Bank of Saint Louis. About 178 thousand people worked in coalmines in mid-1988, but the number of jobs ranged between 51-52 thousand from 2016 through the end of 2019. As of this May, the number of jobs had dropped to 46.6 thousand, a decline of a little over 8%. Over the same long-term horizon, the number of coal miners in Kentucky dropped from a little over 29,000 in the late 1980’s to a low of 5,300 in January 2018. From there the number of jobs increased for some months, only to begin declining once again in the spring of 2019. As of this April, employment was at an ail-time low of 3,400.

Perhaps the most persuasive evidence of President’s Trump’s failure to revive the coal industry lies in the number of coal-company bankruptcies and mine closings. As of Oct. 30, 2019, 11 companies, including the largest privately held operation, had declared bankruptcy since Trump’s inauguration. And according to the USEIA, more than half of all mines operating in 2008 had closed by the end of 2018. The consumption of renewable sources of energy surpassed coal consumption in 2019 for the first time in over 130 years, according to USEIA.

Kentucky’s longest-serving senator, Mitch McConnell, has repeatedly cited regulation as the primary factor accounting for the demise of the coal industry. But a study conducted in 2019 by professors at the University of Pennsylvania’s Law School entitled “Whither the Regulatory War on Coal: Scapegoats, Saviors, and Stock Market Reactions,” finds no significant impact of regulation (or deregulation) on the industry’s performance. Coal is simply a noncompetitive commodity in today’s marketplace and Washington politicians can do next to nothing to change that fact.