GROWING UP IN LOUISA: Trouble Afoot!

I have a very faded memory of shoeshine stands as a side-fixtures in barber shops and other places that supported those gentlemen that went into good grooming. I remember watching and enjoying the demonstrated skills of the fellow working to bring a glorious shine to some man’s brown wingtip shoes. I came to like wingtips for dress when I was older, but at this time they were seen as ‘men’s’ shoes. What I do remember is that there was a song in tempo with the flashing shine rags as they buffed the toe of each shoe. The rag would pop when it was yanked a certain way and everyone was impressed with the finished product, as well as the performance. To the audience, it was worth every penny of the two bits asked, and a little tip for the jar, too. The shoes looked better than new and the entertainment was grand.

Society, or fashion, had just moved from fancy, highly notable styles of shoes that had ‘saddles’ on them that was of a contrasting color that looked like the ‘spats’ worn back in the first World War. The spats, like white-walled tires on a car, took your eye immediately to the wearer, who clearly was a man of dignity, wealth, and high fashion. In my days the spats were all but gone, perhaps worn only by a ‘dandy.’ 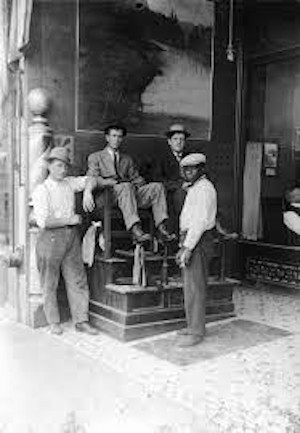 I also saw shoe-shine men and boys taking on this method of making money, in other towns, cities, and in train stations, or bus stations all around. I saw them in the downtowns of Ashland, KY and Huntington, WV, and later in Detroit. The one I barely remember was somewhere along the main street in Huntington, perhaps under an awning, but near the drugstore on the first floor. It was here that Planter’s also sold hot peanuts and a selection of other nuts just cooked and put under hot lights. Man, those were good.

Shoe-shine stands were nearly everywhere during those days, such as hotels and train stations. They had shoe-shine boys, often no more than eight or nine years old calling for passing men to take a seat, high on that throne. They placed their feet on the upturned metal foot rests and the proprietor of the stand would go to work, sometimes whistling, sometimes humming a song with suitable rhythm. After a saddle soap cleaning, bare hands would go into a tin taking out some brown or black polish to rub on the customer’s shoes. Then a brush, or even two, would hit across the top already bringing it to a polished look. Some of the shine boys would toss the brush into the air, over an arm, and catch it as they stroked the shoe. Much ado was made over how much of a show they put on.  But it was when the music of the shine cloth sang that heads would turn to watch the action. Pop, pop, pop, it rang. Some would spit on the shoes and rub them yet again until they were mirror-like and shone the very image of the wearer. High upon the raised seat, the shoe’s owners would occasionally put the newspaper aside to see how the work was coming along. There was always a paper or pile of magazines to distract the customer when spit and polish would fly.

Shoes have been important to mankind since the first cobbler crafted the first pair of sandals. Bootmakers and cobblers, were important up until perhaps the sixties. It was then that the price of shoes dropped and synthetic leathers began to look good without a lot of need of a shine. The ability to replace shoes cheaply led to a slow death of shoe shine stands around America. Once, important in their respective communities, they found it harder to make a living. Today, shoes are easier to come by, and men often have several pairs including some for dress, others for work or play. Back in the day some were lucky to have a single pair. As a kid, I usually had tennis shoes and a pair of ‘church’ shoes. I was verbally abused if I kept the good shoes on after the need had subsided. I was told many times that these were not play shoes.

These ‘old days’ were during the war years, when many a young man learned to spit shine their boots and dress shoes for the first time. For many, personal grooming was a new thing forced upon them by the drill sergeant in basic training. That, more or less, happened to me later in the early sixties. It was a lesson learned and not easily forgotten. 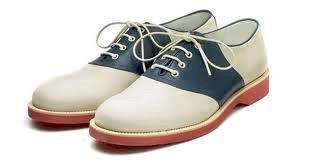 As a kid my shoes were usually scuffed in the front and again on the heel. They were so bad that no amount of polish could heal the raw leather. Besides, I didn’t have the price of a good shine. I did climb up onto the seat every now and then to check out the view or to visit and hear the latest local news, but I had to get down when a paying customer showed up. I watched the skilled craftsman clean off of the dust or mud with some saddle soap and then dry the shoes before applying the waxy polish. I tried to learn, but more often was too distracted by other things to seriously learn the trade. As I’ve pointed out, it was in the military that I really learned how to shine shoes. Boy did I ever learn, then.

Growing up, we used to wear shoes until either the top wore through or we outgrew them. I remember having holes in the soles and using a piece of cardboard to keep from wearing out my socks. The cardboard did nothing to keep my foot dry on rainy days. It was fairly normal to drop off a pair of damaged or worn shoes at the repair shop. This shop was beside Mead’s Grocery on Madison Street and was full of machinery used to sew or polish and to give life to what today would be tossed in a landfill, somewhere. The repairman put on new half-soles or heels and trimmed them up so you couldn’t tell it wasn’t a new pair.

In those days it became fashionable to put metal taps on the heels to keep them from wearing too quickly. I thought the sound of taps hitting the floor was ‘cool,’ but it had its faults. I couldn’t easily sneak up on anyone for they would have heard me a mile away. I actually wore out a number of the metal taps. I remember the repair shop had a cardboard display in the window of the different types and sizes of taps. The ones I wore grew so thin that they would break so I’d have to get some pliers to pull them off. They also tended to make me slip now and again, which merely added to my clumsiness.

Besides making the shoes wear longer I liked that clicking noise when I took a step. I recall also that in those days tap dancing was a craze. My mom made me take some tap dancing lessons, but I hated it and dropped out before I learned anything. Some kids had taps on the front of the shoe well as the heel. Even today, baseball pitchers have a metal or plastic tap on the toe of their spikes to avoid wearing a hole on the toe. I think they usually refer to them as guards. Anyway, it prevents premature ‘wear-out’ when the toe digs into the dirt after every pitch. Otherwise, shoe shinning, shoe repairs, and taps seem a thing of the past. 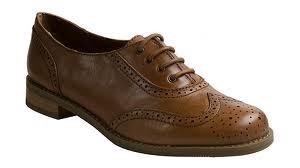 Young fellows usually wore tennis shoes (high tops only) back in the day, for play. They wore wingtips, loafers, saddle oxfords, or white bucks for dress. Black shiny wingtips were as good as brown ones. I remember being told that the amount of space that the sole sticks out beyond the shoe was a measure of quality. While that rule wasn’t always true, it did often ring true for me during those days. We also wore ‘penny loafers.’ I loved to wear a pair of Indian moccasins that I had purchased on a fishing trip in Canada that was on a Sioux reservation. The farmers and coal workers around my hometown wore heavy brogans that had high tops and were laced high on the leg. Cowboy boots were popular with the country music singers, like Hank Williams. Growing up watching all the western movies us kids had some cowboy boots to go with our plastic ‘six-shooters.’

Girls wore the typical little girl shoes, called Mary Jane’s, with a single strap much like those often seen on toy dolls. They also wore oxfords, penny loafers, pumps, flats, and some wore high-heels. I grew up thinking high-heels were dressy, but they are worn with blue-jeans and 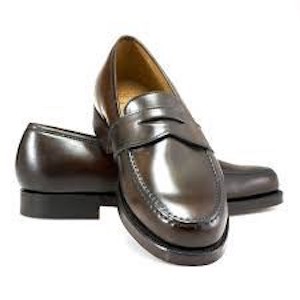 shorts nowadays. I don’t like them and cannot figure out why something so restrictive and uncomfortable would ever be worn, especially if not required because of a high dress occasion. They also wore their share of shiny ‘patent leather’ shoes, something I again never saw worn except on dressy occasions like Easter. Girls always wore ‘bobby socks’ and usually wore skirts or dresses. That emphasized the shoe style and made their polish and condition even more important.

I’ve written before about the football cleats that we found just over the hill from the high school bookstore. Some of us switched cleats around to essentially rebuild we could use in ‘choose-up’ games. George Vinson coached us and we played on the LHS gridiron. Because I have a peculiar high arch, I was never able to find a size that would work well for me. While the shoe may have fit, the cleats were a little bit too forward so my toes would stick up in the air making them uncomfortable and silly looking.

I had the same issues with baseball spikes, too, but as shoes were perfected, some with a stiff sole, I was able to use them and not trip. I loved the sound of cleats or spikes on the pavement. Later, when I played golf, I was reminded of those early shoes when walking to the clubhouse, clickity, click.

I was at an auction a few years back when a shoe-shine stand came up for sale. There were folks around who didn’t even know what it was! Our little town had several, and some really nice people earned their living popping that rag. I’d love to go back and get a good shine. You knew it was right when you could see your face reflected in the shine.

DO YOU KNOW THIS MAN? SUSPECT SOUGHT IN ATTEMPTED BURGLARY