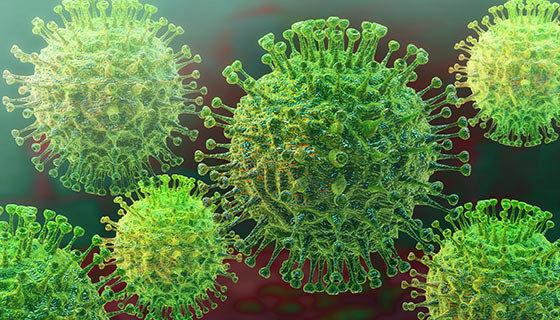 LOUISVILLE TV STATION REPORT SHOWS LAWRENCE COUNTY WAS IN ‘TOP TEN HOT SPOTS’  OF CASE INCREASES FROM JUNE TO JULY IN THE KY. 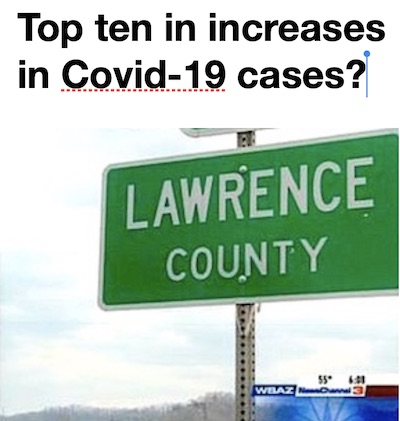 The Lawrence County Health Department on Monday denied a report from a TV news station in Louisville that said Lawrence County was now in the top ten counties for current growth of the coronavirus in the state.

But as soon as officials stated their denial, a few hours later saw the number increased by a third for a new total of 12 cases.

According to a health official at the Lawrence County health department on Monday afternoon, the news report was not true and that she does not consider Lawrence County a “Hot spot” for the virus.

“Your reporter is also using information provided in an article on the Daily Independent. I did speak with a reporter Monday. I did not deny that Lawrence County was in the top ten counties for coronavirus growth in the state. I do not have that data and have not compared Lawrence County to any other counties.”

The chart shows Lawrence County with 0 cases on June 1 and 8 cases on July 1. Lawrence County actually had 4 cases as of June 1 and 8 cases as of July 1 for a 100% increase – not an 800% increase as reported. I did report three additional cases that afternoon after I spoke with the reporter and I told him I would be reporting additional cases, but at that time I did not have complete information that I could share. Lawrence County has had 12 total COVID-19 cases with 4 currently active and isolated at home. We have seen travel related cases that have traveled out of state for work, but so far we have not experienced any cases as a result of vacation-related travel to places such as Myrtle Beach or Florida.

We are experiencing an increase in cases so I would encourage everyone to maintain social distancing – six feet apart, use good hand hygiene and please wear a mask.

Here is the actual breakdown of the 12 Lawrence County COVID-19 cases:

I appreciate that you reached out to me before publishing. If you have any questions, let me know.

In the TV article Lawrence County has reported just nine cases in all throughout the coronavirus pandemic but actually had 12. 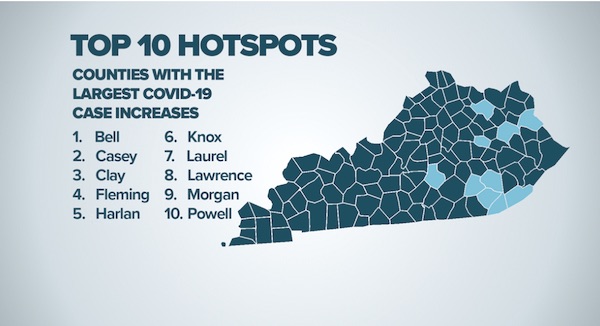 However,  just hours later on late Monday evening, that number was raised to twelve confirmed cases, As Ms. Miller has since reported.

WHAS-TV-11 in Louisville on Friday, June 3, did a lengthy report (which can be read HERE) into the state data to show which counties in Kentucky had the largest COVID-19 case increase from June to July. The top 10 counties from June to July in increases were Bell, Casey, Clay, Fleming, Harlan, Knox, Laurel, Lawrence, Morgan and Powell.

The WHAS story includes a PDF chart (found HERE) that includes the percent of increase from June to July for every county in the state of Kentucky.

Nearly all of Lawrence County’s neighboring counties, along with other nearby eastern Kentucky counties, have seen their coronavirus cases growing by the day.

Boyd County’s tally was raised to 75, after the Ashland-Boyd County Health Department announced two additional cases of the novel coronavirus on Monday.

Of the 75 positive patients in Boyd County, 47 have reached recovery. There have been three deaths.

Greenup County’s health department has reported 36 cases. Carter County’s tally is at least 31 cases Tuesday evening, up from 26 the day before on Monday.

The statistics for us and are neighboring counties is listed as the following: