GROWING UP IN LOUISA: America’s Holiday!

When I think of Independence Day, I remember from my earliest days that July 4th is the day we celebrate our independence from the abuse of the then tyrannical King of England. I remember the stories of the good men and women who had traveled to this new country to escape high taxes and class abuse. They had a dream to enjoy newfound freedoms not found in their homeland. This 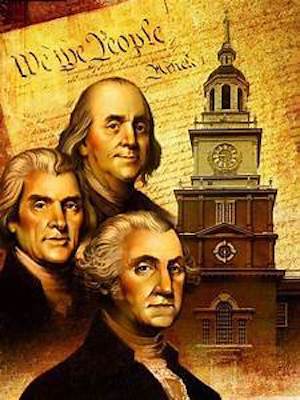 celebratory occasion means a great deal more than parades, picnics, fireworks and taking a day off from work.

If you think that is the meaning, then you missed the important part. I was taught the real meaning back in good ole’ Louisa Grade School, where those wonderful teachers of the day took pride in telling us students the ‘whys.’ We learned about those who risked their lives and fortunes to fight the abusive king. Whether we’re talking about the Boston Tea Party, the battle of Bunker Hill, or the fierce winter at Valley Forge, we’re talking about men who gave their lives for our freedom.

Little did I know that later in life I would live within minutes of Yorktown, where the battle of independence was finally won, or was it? I’m thinking now about the history of America’s struggles to pass those rights to all of its citizens. In truth, the battle for freedom continues and we are still at risk of losing the elements that has made America great. Whether we are talking about women’s suffrage, the emancipation of slaves, or even a government’s changing perceptions of things that are deemed ‘unconstitutional.’

When one reads the Declaration of Independence we see that ‘all men are created equal.’ The echoes of early town criers shouting out this new democratic experiment fades quickly when hitting the ears of those still down trodden. Turns out that freedom wasn’t for everyone. To a sad degree, it’s better, but still isn’t. Granted, the promises of this nation allows for varying degrees of change over the years, but there’s yet work to be done. Getting it done requires taking risks and speaking out, no doubt. Peaceful demonstrations remind us of our goals and keeps us on track, but when it causes disruption of other people’s rights, or causes damage to one’s self, the properties of others, or the wanton taking of lives, it is wrong and not helpful to the cause. Intimidation or violence is little different than the actions of a long-expired king so long ago. We are supposed to be a nation of laws that gives us better opportunities for the individual than nearly any other nation in the world. It is possible to be grateful and respectful while standing up for the principles elegantly expressed in those sacred documents that led to that original struggle.

I remember when I asked my mom why there were two waiting rooms at the train depot. Her response was that it shouldn’t be that way. Times were already changing in that the Jim Crow laws were not fiercely enforced in Louisa, but the footprints of past suffering were still there. It was during our time when the ‘colored’ school closed and those students were transferred to the ‘white’ high school. These classmates soon became friends and life went on. Life became just a little easier for everyone. When I think of having two sets of restrooms, balconies at church or theaters for blacks, and two water fountains, one white, one black, I am saddened and left wondering if we were sincere in expressing America’s freedoms. In my day it was slowly ending, in some places faster than others. It wasn’t just in the south, but I saw it in the north, as well.

Today we hear the cry that ‘black lives matter.’ Indeed they do, but other lives matter as well. It is an apparent nature of man to dislike, or mistrust people who are different. I’m reminded of Doctor Suez’s ‘Stars on theirs.’ The aristocratic ideas of who can belong die hard, sadly. Also, the idea that some of those that were hired to protect our rights from abuse demonstrate instead a level of hate that destroys hope and gives us all a mistrust. Abuse of police power hurts the legacy of those who have given their lives to serve us all. It’s time to get over the differences between people and enjoy the benefits that come with a diverse community. We have too much in common and the need to get along to keep that old revolutionary war, or the civil war for that matter, going. 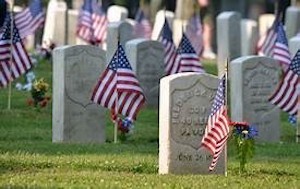 Civil strife is ongoing but at the same time, good people of all races are dying in conflicts around the world for those same principles. Our forefathers died in a number of foreign wars to give all of us the rights that we ought to hold dear. Some of those are eroding, or being redefined, or blatantly ignored, but they are the reason for celebrating the fourth of July. Take a moment sometime and read the Declaration of Independence. Take another moment and read the Bill of Rights. Afterward, claim them, because somebody’s son, or daughter, or father, or mother, died for those things. They are precious and reserved for a loving and caring nation.

We are obligated as Americans, to stand firm on those principals based on individual liberties and the constitutional rights granted by our forefathers. The fourth of July represents a date, but behind it all are the people who built this nation and those that fought to defend it. No other country in this world can boast about the freedoms, liberties, and the resultant standard of life it affords.

We have the right to make mistakes, but we also have the obligation to correct them. We are free to be wrong, but we must also turn our vision back to the Red, White, and Blue of our flag. Old Glory waving in the breeze should be a reminder for us to continually try to make life better, for everyone. We need to look out for our neighbor’s rights and freedoms. Chances are, they have already looked out for ours.

Meanwhile, my friends, remember your roots, for they define who you are. As for me, I am from proud stock, a Kentuckian with the hills and Big Sandy River in my blood. I love the trees, the farms, and the little town by the river. I should, because, after all, some mighty fine men gave me that. George Washington, Thomas Jefferson, James Madison, Patrick Henry, and many other great men of the past and present, have had a share in making the idea that we should be free. Still, after all, they were just men and were subject to get at least parts of it wrong. While being grateful for them we will have to be forgiving, too.

To fix the wrongs we have to be ready to first to understand that change comes about progressively and rarely caused suddenly by a single event. In the end, it isn’t about the other guy that needs to change, but all of us together wanting and seeking the best outcome for others. Oh, and please pass me some more of that great potato salad…  mcoburncppo@aol.com