Suspect has long history of violent crime; was released because of covid-19 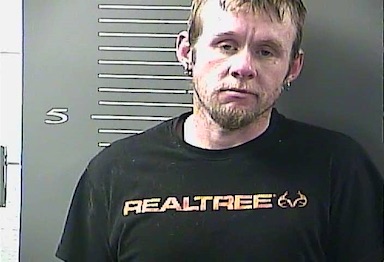 FINALLY CAUGHT:: JOSHUA CAUDILL; A JOHNSON COUNTY MAN WHO IS ACCUSED OF RECENT SHOOTING AT SITKA

A Johnson County man who was wanted for a shooting earlier this week, and afterwards had been on the run for over the past three days was finally found and arrested.

Deputies with the Johnson County Sheriff Department and Kentucky State Police found and arrested Joshua Caudill late Thursday night. Caudill was taken into custody just after 9:30 P.M. KSP Trooper Dustin Thompson was named as the arresting officer of Joshua Caudill. (THE POLICE REPORT DID NOT GIVE THE LOCATION OF CAUDILL’S CAPTURE)

Caudill was charged with from the shooting case:

Deputies in Johnson County and the Kentucky State Police were searching for Joshua Caudill, who was wanted in connection to the shooting, which happened Monday around 2 P.M. in the Puncheon Creek area of Sitka, in Johnson County.

The man, who was identified as James Jason McKenzie, 44, of Sitka, was flown out by an air ambulance to a hospital trauma center. It is not known the man’s medical condition at this time.

Sheriff Saylor stated that because Joshua Caudill was captured without incident by his deputies and Kentucky State Police who were involved in the capture and arrest; and due to it being an open case, no further details will be released about the case at this time.

Sheriff Doug Saylor gave thanks to the public for all information provided.

It has since been reported Joshua Caudill was previously in jail on a separate violent offenses since January 26 of this year: (• STRANGULATION 1ST DEGREE, • ASSAULT, 1ST DEGREE – DOMESTIC VIOLENCE, • RECEIVING STOLEN PROPERTY UNDER/$10,000, • DRUG PARAPHERNALIA – BUY/POSSESS • RESISTING ARREST) but was released from the BSRDC due to the COVID-19 pandemic. in early April

Before that, Joshua Caudull was also arrested in another violent incident, on July 18, 2019, on the charges of: (• ASSAULT, 2ND DEGREE, •VIOLATION OF A KENTUCKY EPO/DVO).