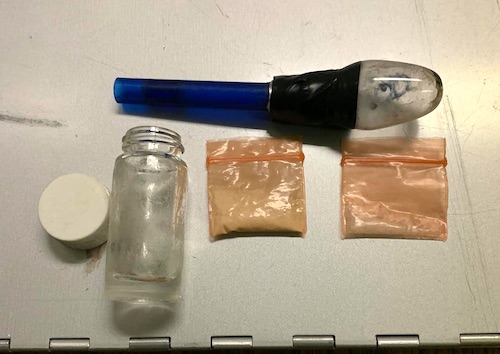 The drug suspect, who is identified as Gary Lynn “Jake” Cordle, 58, of Blaine, was arrested at his home residence on a court bench warrant, by Lawrence County Sheriff Chuck Jackson.

Sheriff Jackson and his deputies discovered during the search incident apprehension at Gary Cordle’s home, a drug pipe, along with approximately 1 gram of heroin and a small baggie of meth, and an unknown type of pills.

Gary Lynn Cordle in addition to the served court bench warrant was charged with seven offenses:

Gary Lynn Cordle was transported to and is currently lodged at the Big Sandy Regional Detention Center in Paintsville.