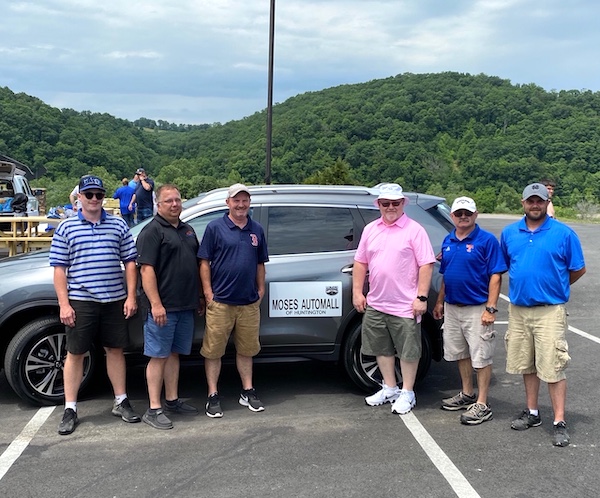 Tolsia Baseball Head Coach Jeff Wallace
COACH’S COMMENTS
“… We had a decent turnout but we had several people back out at the last minute, But all in all it was great just to get out and do something. I appreciate everyone that came out and helped with the tournamentI need to say Cole Perry, who lost his senior year, came out and helped.
I need to thank Moses for the new SUV they offered for the hole in one. I also want to thank all of the sponsors along with Billy Price who donated all of the prizes.
Paddle Creek Marathon
Moses Auto Mall
Billy Price
Mike Blatt
Dyna-Pump & Electric
Tug Valley Service & Supply
Eric Sparks Memorial Golf Outing
James Grocery
Ken Hicks
These are the hole sponsors…
With the COVID we didn’t get the turn out we were hoping for but it was a still a good fundraiser and everybody had a good time
Next years tournament will be June 12th at Creekside
We want to thank Donnie Nelson and his staff they are always very accommodating.”
“… Now it’s on to the softball tournament that we have coming up in July.  Block’s Bombers have thrown down the Gauntlet,” Jeremy Block said. “3 peat” in the movie Major League it was said “don’t be on the tracks when the trains coming through”. They are on a mission,  I made a mistake evidently because I was corrected that Blocks Bombers have won the last two tournaments, So they are trying for a three peat
That’s a lot of pressure!.
I am just kidding we appreciate the guys coming out and playing because it takes a lot to run a baseball program. I can say I look forward to it every year, you see some tremendous defensive plays and softballs hit a ton.”
Members of the Tolsia Baseball team and coaches 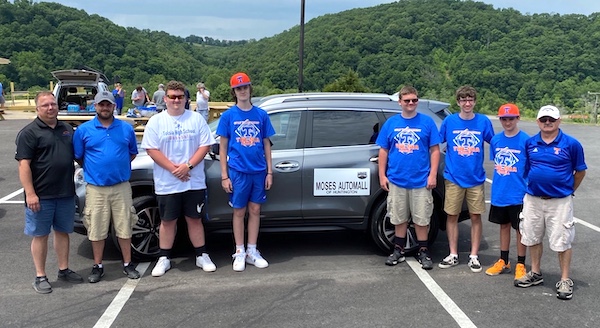