GROWING UP IN LOUISA: Finding A Place

Some of my earliest memories of growing up was of times that I discovered new places. As a toddler it was a room I’d never been in, or a shed or barn that beckoned me away from the safer environment of my normal play area. I was too young to have an understanding of ‘danger,’ but I did learn from the smack on my bottom that I was not to explore without having mom’s hand to hold. I’m not talking about mom totally restricting my life, but in that time of the ‘terrible two’s’ I was a bit of a danger to myself. It was approximately during this time that I discovered that falling off the porch was painful and scary, to boot!

I don’t think I was particularly different than my friends in wanting to discover and find exciting new things. Billy Elkins and I loved to explore the Louisa Inn’s third floor apartments. These were not rented and were only partially finished. We discovered the lighting fixtures were gas fed and not electrical. We didn’t twist the little controls although we were sorely tempted. The windows that looked out on the yards were cloudy but we wiped them and could see the lawn far, far below. When I remember falling off the porch I had no doubt that falling from there would be bad. The more I thought of that the more I wanted to descend the stairs to safer ground. Actually, I sat and slowly lowered myself one step at a time. I don’t think Billy was quite so afraid, but my focus was to live through the day. My mom loved me so much and it would disappoint and sadden her if I were killed.  (Photo is mom and me)

The immediate neighborhood had its turn to be inspected by me and my friends. I particularly liked to explore out buildings like churches, schools, or barns. The big house straight across the street was a favorite until I was warned to stay away. Mom liked to go over there and wash her hair in the rain water collected in the big rain barrels. She said it made her hair shinny and soft. I tried to see how that mattered, but in the end decided to trust her that it was true and therefore, important. Once, when she was talking to the ladies who lived there I was able to slip away back to the old barn 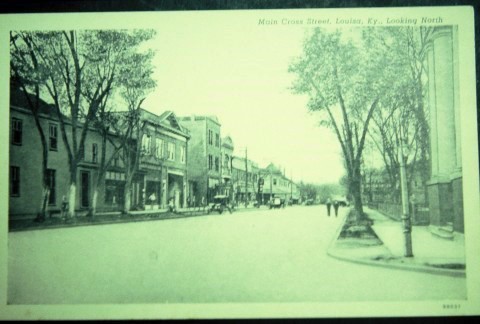 at the rear of the property. The old barn was closed and had a pad lock on the big double doors, but large cracks between some of the planks enabled me to press my face in to see a few things within the dark confines. I spotted what looked like an old stage coach and some buggies, but I also saw leather harnesses hanging but covered in dust. While most of the barn was dark, a crack here and there allowed beams of sunlight to cut through the darkness to illuminate wonderful, if mysterious, things. This made me push harder in hopes of seeing more when suddenly a big masculine hand grabbed the rear collar of my shirt and pulled me back into the world I had already forgotten. After a terse verbal warning to stay away from the barn I was released to run back to my mother. I hid behind her and pulled on her dress in hopes of finding safety at home.

These formative years were the time that I discovered all kinds of things I remember to this day. Take the time that I reached into a hot oven and allowed the top of my left hand to touch the metal. I still have the scar but it is minor considering what might have happened. I remember screaming while holding my left wrist and dancing up and down. It got everyone’s attention. Mom had to hold me down to administer some salve of some kind. She seemed always ready to give me some cod liver oil, or castor oil. Anyway, she kept me well-greased. Yuck! 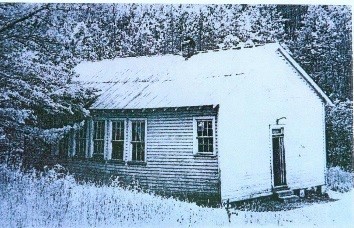 There was a time that I was playing around an electrical outlet. You got it! I got big-timed shocked! The jolt whet up my arm to my ‘funny bone,’ but thankfully allowed me to retreat from the shocking source. So I now knew that hot was bad and electricity was potentially evil.

I don’t think in my day that you could have grown up in the mountains of Kentucky and not be exposed to the concept of exploring new lands. The stories that mom read to me as I grew older, such as one about Daniel Boone, were synonymous with the innate characteristic of the American male to search out adventure, and riches, and to carve out an exciting life. Whether finding mountain gaps, or fountains of youth, we were forever seeking the greener grass that grew somewhere just beyond the boundaries.

It isn’t fair to say this is a strictly American characteristic. By that time I was being read stories by my grade school teachers about others. Consider the Spanish in Florida looking for the Fountain of Youth and again in Mexico and South America finding and exporting gold. Because of hurricanes they left piles of gold in the surf for today’s treasure hunters to seek.

Lewis and Clark, at the bequest of President Thomas Jefferson, took the wide Missouri in hopes of finding a finding the national divide and a route to the Pacific. History tells us of sailors who set out to find the ‘northwest passage.’ Years earlier the Vikings were probing around Canada and the 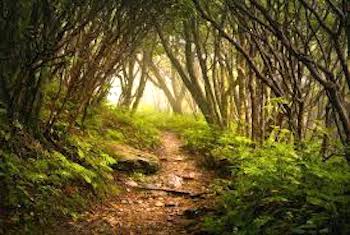 northeast. Others explored around the capes of Africa and South American, or found the south pacific islands. During our time men have flown airplanes to Europe and around the world and others have gone into outer space.

When I was growing up, I spent a good deal of time exploring, pretty much on my own, the hills, creeks, riverbanks, and general surroundings of Louisa. I was careful of even being seen because not everyone out there would have welcomed me on ‘their land’ or some may have found me to be easy prey for undefined evil acts if they wished. Never did I ever hurt or take any property. I was all about learning and understanding what I had seen.

I was also blessed by not seeing. The Good Lord led me away from stills, or whatever else I may have stumbled upon that could have been dangerous or worked against me. I am thankful for that. I would not have liked seeing a man murdered or someone abused. Yet, from the newspaper I’m sure it happened.

The ‘explore’ that I take today is more about getting off the beaten path. Sometimes I take the ‘old way’ to wherever I’m going, or I choose to take a different path altogether. My family, who joins me on these excursions know the rules. 1. You can never be lost on an ‘explore’ because you clearly know where you are. A mirror will prove that you are there. 2. You cannot complain or gripe on an ‘explore.’ 3. Never fear for you will also find a way back to somewhere and see some neat things on the way.

With those thoughts I have traveled through a number of states sans maps of any kind. Today, of course we have GPS, so if we get to where we are worn out, we can get direction to a nearby town or city. If only Columbus had one of those!

I’ve told stories in the past about going out with Stanley Brown, Johnnie Justice, Billy Elkins, Johnnie Bill Boggs, and others on Sundays to find out just where some dirt roads went. We’ve found often that they came out somewhere we already knew, but other times they petered out on top of some steep hill. Many had deep ruts and leaned toward the deep crevices below, often scarring the daylights out of us. Some actually got out and walked. Usually the boys would ride the bumpers and hoods of the car while I would drive. That’s how I learned. I tried to keep the tires between the ruts and on high ground, but I sometimes would slide back into the groove.

I remember fording more than one stream and a couple of good-sized creeks. Thinking back, it was a miracle that we were not washed away. If the ford wasn’t solid, I’m sure we would have been in big trouble. I think the car we used belonged to Pat Brown, Stanley’s father.

We also ran into other boys from time to time, like the high bottom crew, and stopped for a visit. Sometimes a ballgame was started up, other times we’d smoke some ‘life everlasting’ or some handpicked tobacco. We’d skip rocks on water and tell jokes and visit for a time. Since we knew the boys we never had any problems, but I do remember being run out of Hazard when some of us went down there to see some girls we’d met at Morehead band camp. Some locals from there showed up with guns and we hit the road. Never looked back. Sorry, she was cute but I got over her.

I remember a few trips out to Webbville to see a girl and a couple of trips to Fallsburg, but I didn’t spend a lot of time looking for out of town relationships. Frankly, it wouldn’t have mattered, anyway. If you think I’m ugly today, you should have seen me then!

I’ve enjoyed the trips I’ve taken in my life, some in Canada and some in the Caribbean, but I’d still like to go to England, Scotland and Wales. They nearly speak my language and have many of the same values, so I’d enjoy antiquing over there. I’m primarily attracted to the little country towns and hamlets instead of the bustling cities. At this point in life I doubt I’ll go very far from home, but I have seen a lot and survived.

I have found it worthwhile to see new places, meet different people, and try their local dishes. I haven’t always enjoyed the food, but many times I enjoyed it a lot. I’ve had Bratwurst in Wisconsin, salmon in Portland, tacos in Phoenix, grand seafood in the low country, fresh lobster from down east, crawdads in Louisiana, and a grand steak in Austin. Local foods we try made the traditional ways cannot help but be tried and tested and suitable for consumption. It tells us about the people and their history. Oh, by the way, I remember mom’s fried chicken, too! So next time you see a fork in the road, take it.