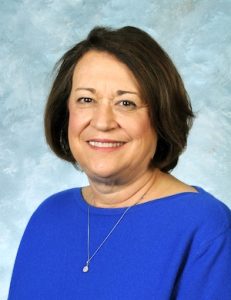 FRANKFORT – For 45 million Americans, including nearly 900,000 Kentuckians, the coronavirus has threatened more than their health over the past three months: It has also left them, at least for a time, without a job.

Back in January, all signs pointed to 2020 being another good year economically for our country.  As we know all too well now, though, that changed by March.  “We went from the lowest level of unemployment in 50 years to the highest level in close to 90 years, and we did it two months,” Federal Reserve Chairman Jerome Powell recently said.

While scientists and doctors race to find a vaccine and improved treatment, the biggest challenge facing the country while we wait is getting those who are unemployed back to work in a way that continues to protect our collective health.

The good news is that May saw a significant uptick in job growth nationally, and here in Kentucky, we’ve been able to avoid the COVID-19 spikes seen in several other states even as we re-open businesses and ease restrictions.

A persistent issue, unfortunately, is that thousands still have not received unemployment benefits they’re rightfully owed.  Other legislators and I have heard from many families who are struggling as they wait, and we have sought to help them and many others any way we can.

Governor Beshear has recognized the magnitude of this problem as well and has undertaken several steps to fix it.  Hundreds of additional workers have been hired, and last week, he authorized a temporary unemployment office in Frankfort for the first in-person meetings since state offices began shutting down in March.

Hundreds of people were able to get their claims resolved, but with many having to wait hours in the sun, it quickly became clear that a single office would not be enough.  On Thursday, Governor Beshear promised to expand that outreach effort to other areas across the state.

I think it is absolutely vital that we have one of these offices in or least near our House district, because this would make a world of difference for those here who have been unable to reach a person who can help by phone and who are not able to make the drive to Frankfort.

Many people have understandably asked me why this issue is taking so long to resolve.  There are several major underlying reasons, and they begin with the sheer volume of cases.

In all of 2019, Kentucky’s unemployment insurance system handled 190,000 claims.  In the last three months alone, however, that number has risen almost fivefold.  More than 45 percent of our workforce has qualified for benefits during this time.

That’s high compared with other states, but that is also in large part because we were one of the first to expand eligibility to groups of workers who otherwise would not have qualified.  Those include small business owners, the self-employed and substitute teachers.

This rapid increase came at the same time the state’s unemployment insurance department was hobbled by structural issues.  On Thursday, Governor Beshear pointed out that its budget went from $41 million in 2010 to $25 million eight years later.  In 2017, meanwhile, former Governor Bevin closed 22 of the state’s 51 unemployment offices and cut 95 employees.

Recognizing the need to update a significantly outdated system, the General Assembly passed bipartisan legislation in 2018 that called for a technological overhaul.  Unfortunately, it wasn’t until nearly two years later, just weeks after Governor Beshear took office, that this work began.

Overall, about nine out of 10 workers have now received the benefits they’re owed, but many of the remaining cases are among the more difficult to resolve.  These still number in the thousands, and with a relatively small number of staff having the needed training, that has made it tough to clear this backlog.

If you are among those with older claims that are still unresolved for whatever reason, please let me know.  Although legislators do not have authority to fix these issues directly, we have staff who are working with the unemployment office and may be able to help.

To contact me, my email is Kathy.Hinkle@lrc.ky.gov, or you can call the legislature’s toll-free message line at 1-800-372-7181.  The more information you can you provide at the start, the sooner we can get to work on your claim.

If you have any other questions or comments about issues affecting the state, don’t hesitate to let me know that as well.

MINGO COUNTY OUTLAW TRIO WANTED IN CONNECTION TO ROBBERY IN WEST VIRGINIA; GETS TAKEN DOWN IN MARTIN COUNTY, KY