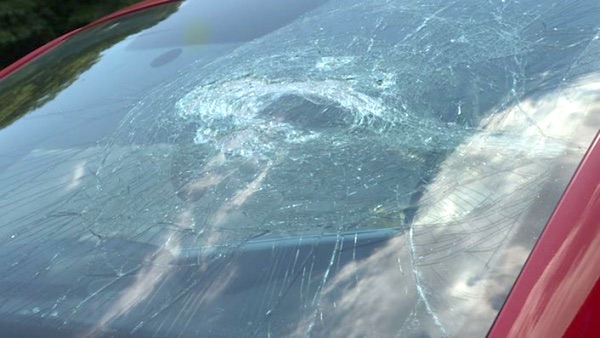 SMASHED: VANDALS CAUSED MAJOR DAMAGE TO A VEHICLE OWNED BY A WAYNE COUNTY TEENAGER AT THE PLACE OF HER FATHER’S BUSINESS IN LOUISA.

A West Virginia man who owns and operates a business with his family in the Louisa Plaza is offering a $1,000 cash reward for information on the identity of the person or persons who vandalized and caused major damage to his teenage daughter’s car while it was parked at his business.

According to the teenager’s mother, Stephanie Copley, two months ago, she got to have a joyful experience when she saw a reaction from her daughter, Hailey Lucas, she had never seen before when she got her new car. 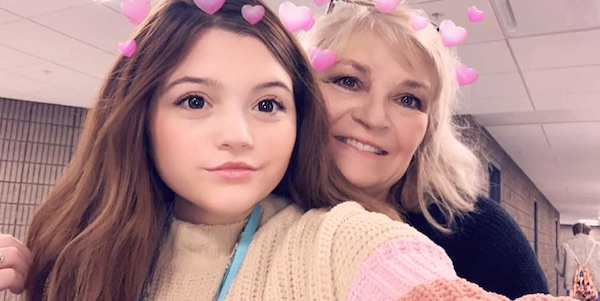 STEPHANIE COPLEY AND HER DAUGHTER (HAILEY LUCAS), WHO WAS A VICTIM OF VANDALISM ATTACK ON NEW AUTOMOBILE IN LOUISA LAST WEEK

It was a reaction juxtaposed from another one that was the complete opposite Stephanie Copley saw from her daughter last Thursday.

“Just to see Hailey’s reaction just as a mother, I don’t think I’ve been so heartbroken ever,” Mrs. Copley said.

Stephanie Copley is heartbroken after the family came to the parking lot of their store, Twin River Wholesale in Louisa, to see Hailey Lucas’ car heavily vandalized, with a damaged windshield and a smashed driver’s side window.

The Copley and Lucas families claimed the vandalism happened at between 7:00 P.M. and 10:30 P.M., on Wednesday evening, June 17.

It was an act of destruction that the family believes may be retaliation after Hailey Lucas’ dad, William ‘Ossie’ Davis, confronted some people congregating on the far end of Louisa Plaza, in front of his business, after the family says the group was smashing bottles. 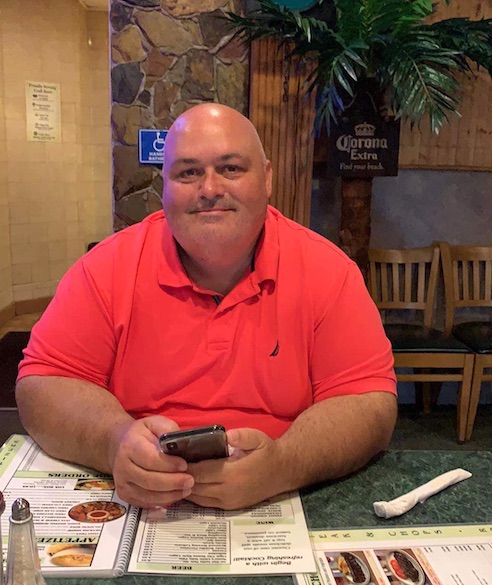 “So her dad had told them, he owns the store here, and her dad would be like ‘Guys, if you want to hang out in the lot, that’s fine, just be respectful. Don’t be throwing beer bottles,’” Stephanie Copley said.

But the family says the acts continued and after law enforcement was called, they came to see Hailey’s damaged VW Bug.

While the family is aware that the Louisa Plaza is a popular hangout spot and is a local institution, they also don’t want to see it ruined.

The family is offering a $1,000 reward for anyone who comes forward.

Twin River Wholesale says that both the Louisa Police Department and the Lawrence County Sheriff’s Department are investigating and are patrolling that part of Louisa Plaza now.

Both Stephanie Conley, and especially Ossie Lucas, were more explicit in their original responses on social media to what happened to their daughters’ car, and also giving a vivid warning to the suspected mystery vandals. 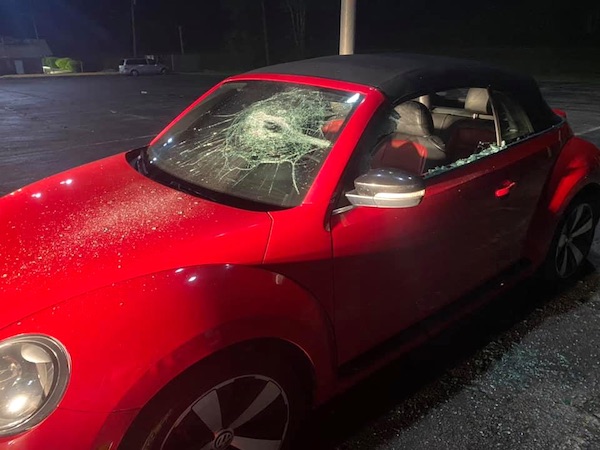 THE PICTURE TELLS THE STORY OF THE CRIMINAL ACT THAT WAS COMMITTED IN THE LOUISA PLAZA LAST WEEK.

“…We are offering a cash reward for information leading to the conviction of who did this to my daughter’s car. Hailey Lucas is a total sweetheart who is nothing but kind to anyone & everyone she meets. She greets everyone with a smile and has the sweetest little giggle.. Hailey works hard every day at her Dad’s store, and never complains. She loves to interact with the customers. WHY RETALIATE AGAINST HER?? She’s completely devastated and my heart breaks for her!! She loves her little car so much and saves her money to personalize it.. To say I’m livid would be an understatement!! PLEASE message myself, Ossie Lucas, Dave Richard Copley if you have any information who done this. We are offering a cash reward.”

Ossie Lucas was direct to the point in his stated quoted remarks:

“…For the last several weeks teenage kids have been gathering up in the parking lot at my store Twin River Wholesale they have been drinking, throwing beer bottles off the store and parking lot several times I approached them and asked them to respect the lot and quit busting bottles all over the store, tonight the law asked them to leave, well they left and came back and busted the windows all out of my daughters new car, so I’m saying this I have $1000 CASH to the person who brings me the Name of the person who did it no questions asked.

Let’s see how long your friends hold out with Cash on the line ! This is horrible. My daughter worked her butt off to buy this car and these young punks are out of control. You can rest assured I’ll find out who did this and I promise you will pay and go to JAIL.”