GROWING UP IN LOUISA: Characters!

I suppose every little town has its characters. Watching Mayberry, or Andy Griffith, we see a whole lot of people, all of them characters. Whether we’re watching Gomer, or Goober, Floyd, Barney, Andy himself, or Mr. Darling, they are people not too unlike folks we’ve seen somewhere before. That isn’t saying that they are being played to make fun of the less sophisticated, but rather that they have characteristics that are part of each of us. Does that mean that we are ‘hicks,’ of some kind, or does it really go more to define aspects of who we are?

I’m thinking that maybe people are becoming a little too thin-skinned, these days. Look at the controversy in Washington over the name of their football team. I’m not going to deal with the ‘Freedom of Speech’ issue, but rather about a fear we have developed, and then supported, about political correctness. I think that the name ‘Redskins’ was actually adopted to honor the Native American warrior, with their fierceness, guile, and tenacity. It wasn’t meant not to insult them. Some of those good Indian people that I know think this is a political farce, and see no harm in the team’s handle, or their logo. I’m sure one could find some that are truly offended, but the name actually goes to keep the memory of this proud race in front of a very diverse populace. Enough said on that. 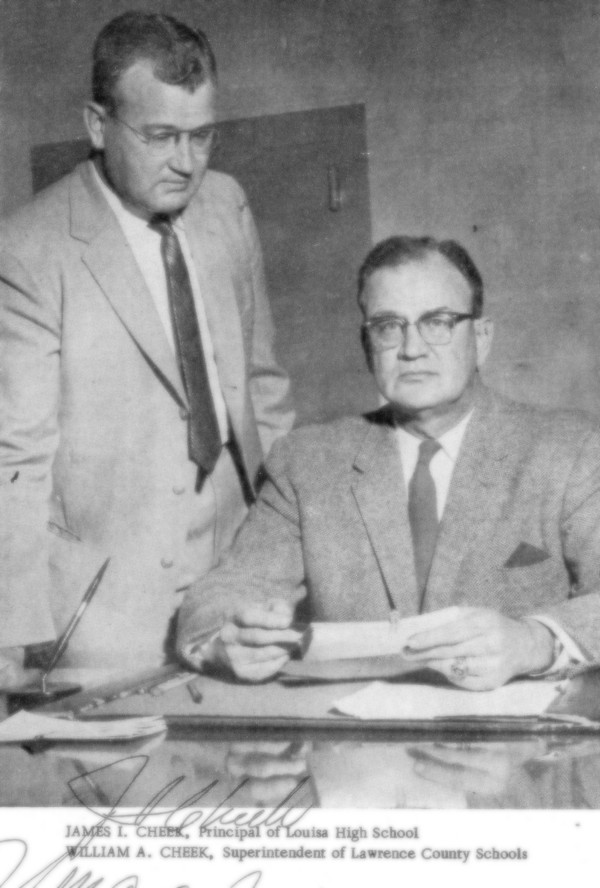 Now, what does that have to do with my growing up? Well, I first learned, at the feet of my mother, all about different characters, and showing them respect. In fact, over time I learned to look forward to meeting each new person around the little town. Knowing them would give me insight to how they ‘tick,’ and how others I would meet later, would feel or behave. I saw the richness of diversity as people worked with and enjoyed each other.

I remember the bigger than life characters such as Bascom Boyd and Bill Cheek. I have written stories about our dear friend, Harry Richard Cyrus, Eddie Boggs, and others. I remember Pat Brown and his knuckleball, Lighting and his fastball, Pea Wee on his bike, Ern, Hack selling papers and magazines, and Willa Bell Heston and her cab, Kay Varney Maynard causing laughter, Joan Bailey, Betty Hager Mead, and other classmates like Teenie VanHoose, Creep Chandler, Billy Elkins, Johnny Bill Boggs, and loads of others. I think they were there to enjoy and love as life-long friends. 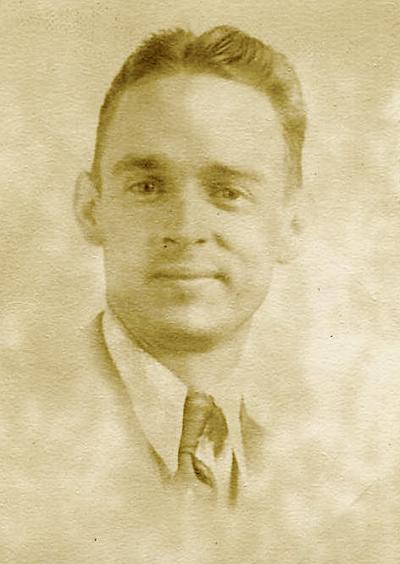 The town had a lot of folks that made a big difference just by being there. All had their personalities and could be depended upon to be themselves like actors in a play. I remember Doc Skaggs, Jake Jordan, Edgar VanHoose, Ed Bradley, Funny Miller, Charles Perry, Giles Simpson, Sheepie Queen, Doc Joe Carter, Merrill Rice, Bill Keeton, Lew Wallace, Kit Elswick, Byron Young, C.D. Wells, Proctor Lyon, Alvas See, Dick Wilson, H.H. Curtright, Hager Moore, R.C. Wells, Ern Compton, Doc Sheley, Eldred Adams, Blanch Hughes, Ben Patton, Bill Tom Hinkle, J. Lynn See, Frances Cain, Ruth Jackson, Mary Sparks, Shirley Meade, Mack Crutcher, Wayne Wooten, James Cheek, R.C. Wells, Andy York, Buell Lyon, Rip Justice, Russ Wheeler, Jim Arnold Perry, Curt Jones, J.R. Miller, Ernest Shannon, Homer Wright, and many others that aren’t coming to mind right now. Regardless, they all contributed to making life good in our little town. Some were behind the scenes, and others were out front, leading us through the post war years. Many, but not all, rest today from their labors. We remember them and are grateful. There are stories connected to each name, some certainly more than others, but they all counted and contributed. 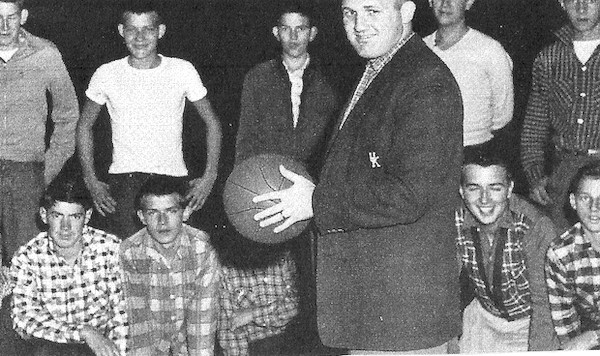 Sheepie Queen and his wife, Alice, were close friends of our family. I was a little tyke when one of my first memories was that they worked at the waterworks and lived in a ‘company’ house between the water treatment plant and the railroad. It was at this house when mom and I listened to the Sons of the Pioneers sing some hit cowboy songs that were so popular during that day. There was one by Franky Lane, too, about Ghost Riders in the Sky. I’ll never forget the day when word came to us that Sheepie had been in a wreck up at the Blaine turnoff, just beyond dead man’s curve. Apparently the steering wheel had frozen on the truck he was driving and he didn’t have control. While the truck hit the little corner store on the intersection, Sheepie was able to jump free. I think he either broke a leg or had other relatively minor injuries, but we rejoiced in that he wasn’t killed.

Lew Wallace was a nice fellow that went to our church. I think he was a surveyor or engineer with the state department of highways, but that memory isn’t reliable. I had little or no personal contact with him until I was a senior in high school about to graduate. It was then that he called me on the telephone to invite me to meet my father. The problem was that I never knew him and no one had ever mentioned the obvious that he even existed. I told Mr. Wallace that I’d need some time to think about that. I asked my family members about my father for the first time in my life, but none of my relatives told me anything of substance. I called Mr. Wallace back and gave him my regrets. That was a decision I made back then and I’ve lived with it since. Perhaps, if it were possible to do over, I’d accept the offer and learn some truths hidden, or at least not discussed for all those years.

I’ve written before about my diminutive friend who ran Andy’s Grocery down Lock Avenue. He would love it when some of us guys would drop in. He sold boxes of baseball cards to me at his cost, and I suspect the sliced

bologna was at a special price, too. I’d drink a bottle of pop and eat bologna while I listened to Any York tell story after story, all aimed to help me understand the great people of this community. When other customers came in we’d have a delightful time swapping yarns and laughing.

I recall going to Riverview Hospital regularly (21 days) to get rabies shots when a dog I was barely associated with was pronounced by the health department to have been infected with the deadly disease. Each trip down to the river, I had the privilege to suffer at the hands of Nurse Logan. The trauma of getting those shots made me shutter at even the mention of her name.

It was years later, when I was home for a week-end visit from the Air Force. A pain in my rump told me that I had developed a boil. Now boils are not fun things. I have no idea what brings them on, and I really don’t want to have another. This mature, hot, painful volcano erupted on one of my cheeks on my derriere, which to a young man of my tender years was painful in many ways. Finally, I could not stand it further, knowing I had a long train trip back to Virginia in front of me. I couldn’t sit, so this would have been a rough road, indeed.

There was nothing left but to swallow my pride and have it seen by a doctor. Walking in at Riverview Hospital I was trembling that I might meet the female nurse I had long ago formulated in my mind to be cruel and sadistic. Nonetheless, I had little choice but to enter those front doors and put myself at the mercy of the attending staff. As luck would have it, I was shuttled into an examining room filled with all kinds of instruments of torture. Then my worst fears were fulfilled. In walked Nurse Logan, RN!

Now this lady was all about business. If she had a sense of humor, she certainly hid it well. Worse than a drill sergeant, she directed me to drop my drawers and lean over the examining table. Being trained by the military to respond to direct orders, my pants hit the floor and my bare butt was shown for what was to follow next. I remember she took a kidney shaped, white enameled pan, and sat it on the gurney next to me, and said something like, “This has to be lanced.”

I didn’t have a medical background so the term only brought up pictures of a knight being impaled through his armor. It instantly came back to me that my only armor was around my ankles. It was time for prayer as I gripped the sides of the gurney. She explained what she was doing and even warned me when it was likely to hurt. As she removed the swollen head of the thing, she reached in with something I think she called clamps, a kind of needle-noised pliers, and grabbed the ‘core.’ Then it hurt. Oh, yes. It hurt. Out came a long, stringy kind of a thing that seemed several feet long that she was pleased to drop in front of me in the kidney shaped pan. Pointing to the object, once removed, she took pride that she’d gotten it all. There was some ‘puss’ yet to extract, and a bandage to apply. She gave me a warning that the site of injury should be kept clean. She told me that I would be well within a couple of days, but considering the size of the thing, I would likely carry a scar for the rest of my life. She was right. In fact, if I could bend enough, I could find the spot even today. 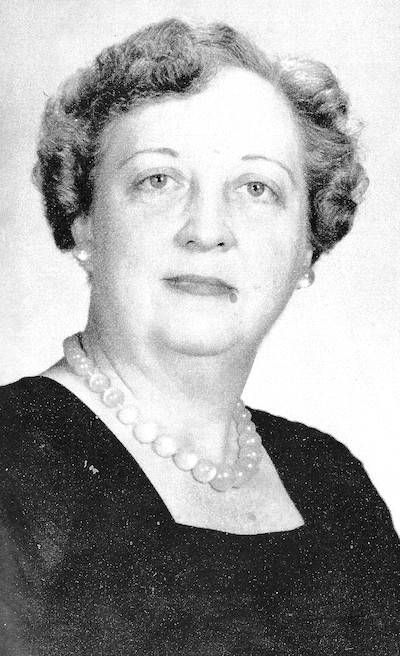 In the end, (no pun intended) Nurse Logan was kinder to me than I expected. Oh, there were no jokes, and the bedside manner was that of the aforementioned drill sergeant, but there’s something to be said for efficiency. Was she a character? Oh, to be sure. To me, she was.

All around us, to the right, and to the left, there are people who ought not to be over-looked, but rather, seen, enjoyed, or at least catalogued in some fashion. By that, I mean that not everyone will be to one’s liking, but they are the spices that create a great soup. How nice it is that we are not all the same, but each adds a flavor of our own, enriching life and adding to our lives. As for me, I’ve always been a character and proud of it. Oh, I’ve made mistakes for sure, and had days I wish I could do over, but overall, life has been sweet. Thank you for your part in that.