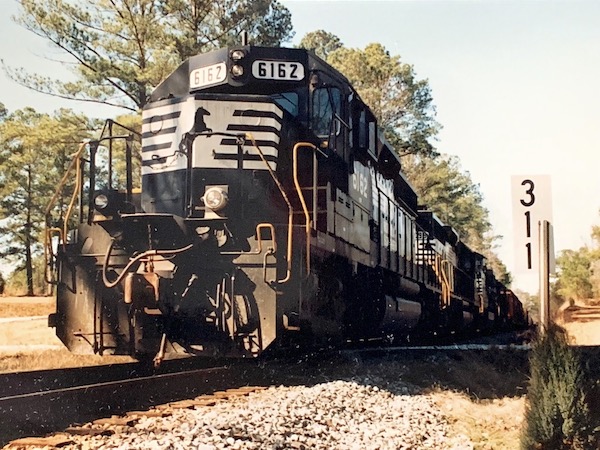 Irvine Ky – On Thursday, Kentucky Steam Heritage Corporation (KSHC) announced that they have acquired SD40-2 locomotive number 6162 from the Norfolk Southern Corporation. In its 42-year career, NS 6162 saw service in the Appalachian coalfields and hauled countless tons of freight through Central Kentucky.

Chris Campbell, president of the 501(c)(3) non-profit, says the addition to Kentucky Steam is a major milestone in the development of the rail-based economic development project taking shape in Irvine, Kentucky.

“This generous contribution by Norfolk Southern is a fantastic addition to our collection, which is being curated to tell the story of how railroads built our region and the Nation as a whole. We are flattered to have a locomotive as relevant and as valuable as NS 6162, and its inclusion in our roster in another exciting milestone for our organization.”

NS 6162, a 3,000-horsepower SD40-2 locomotive, was built in May of 1978 by General Motors, Electro-Motive Division (EMD) in LaGrange, Illinois, for the Norfolk and Western Railway. It performed duty all over the railroad, predominantly hauling coal out of Virginia, West Virginia and Kentucky. In 1982, the Norfolk and Western Railway and Southern Railway merged to form today’s Norfolk Southern Corporation, and NW 6162 became NS 6162. It remained on the active roster for NS until this Thursday, when it was officially donated to Kentucky Steam. 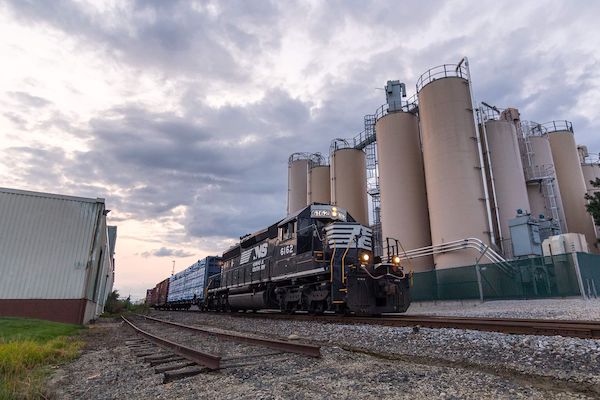 The locomotive will remain in operational condition and will be displayed at the KSHC headquarters in Irvine, Kentucky.

KSHC was founded in 2015, with the intent to boost tourism in Kentucky through rail-related operation and development. The organization’s efforts have centered around the restoration of historic steam locomotive C&O 2716, which was built in 1943 and is owned and leased by the Kentucky Railway Museum. The organization also is currently developing a large tract of former-CSX railyard in Irvine into a multi-use rail-based community center.

Campbell says that the 6162 is a valuable addition to KSHC and is a worthy comparison to the historic 2716 steam engine, as both locomotives were the workhorses of their eras on the railroad.

“6162 is one of the thousands of SD40-2’s that were built for American Railroads between the early 1970s and the late 1980s. Much like historic C&O 2716, the 6162 is an excellent example of what helped further our Nation’s rail empire. We are excited for members of the public to visit our developing Rail Heritage Center in Estill County, Kentucky, in the future, and to compare the technologies of different eras of 20th-century railroading.”

Norfolk Southern 6162 joins the KSHC roster alongside CSX 1100, a former-CSX and L&N SW-1500 switching locomotive, and R.J. Corman 2008, a Chinese-built steam engine, given the moniker “Old Smokey.”  Both engines were donated to KSHC by their respective owners within the past year.

The organization also rosters Nickel Plate Road 2-8-2 steam locomotive number 587 which is on indefinite loan by the Indiana Transportation Museum.

Kentucky Steam aims to maintain and operate 6162 and its stablemates as their rail project takes shape in Appalachian Kentucky.

“We are honored to have this opportunity, to both showcase this fine example of American ingenuity, and to help tell the story of the fine men and women who have helped make this country what it is today through our national rail system,” Campbell said. “We cannot thank Norfolk Southern enough for this exciting donation.”

###
About Kentucky Steam Heritage Corportation:
The Kentucky Steam Heritage Corporation (KSHC) is a Kentucky-based 501c(3) non-profit organization operating with the intent to educate, entertain and inspire past, current and future generations by operating historic rail equipment. The hallmark of our efforts is the restoration of Chesapeake & Ohio Railway steam locomotive 2716 to operation. The restoration and operation of 2716 and other historic pieces will prove to be living history and will serve as an educational tool, enhancing heritage tourism and stimulating economic growth in Eastern Kentucky.
ShareTweetShareSendPinShare
Next Post