Next week, GUV says he hopes to get UI adjudicators out in communities across the state 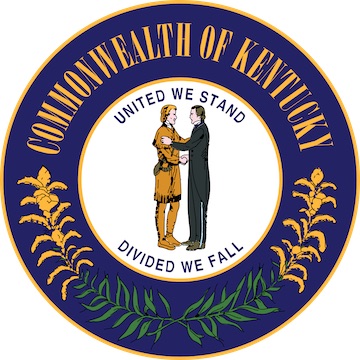 FRANKFORT, Ky. (June 17, 2020) – No one in state government will be happy until all Kentuckians have received the benefits for which they qualify. As COVID-19 restrictions are easing, offering in-person services for those experiencing issues with their unemployment insurance benefits is now possible. During the past two days, in-person unemployment insurance services located near the Capitol building has reached capacity. Office of Unemployment Insurance (OUI) staff members are collecting information from claimants who arrived after the cutoff point today, so they can contact them early next week to assist with their claims.

To continue helping Kentuckians with their unemployment insurance claims, OUI will provide in-person services Thursday (June 18) and Friday (June 19) from 9 a.m. – 6 p.m. at the Cabinet for Health and Family Services headquarters located at 275 E. Main St. in Frankfort. Signage will direct claimants to assistance.

The Education and Workforce Development Cabinet is working with the Labor Cabinet to identify additional times and locations for in-person services. Please visit kcc.ky.gov and click the “In-Person UI Services” button for up to date information.

During a press briefing held at the Kentucky History Center, the Governor said over 1,100 Kentuckians who have not received their unemployment benefits for one reason or another, waited in line outside the Capitol Education Center on Tuesday and Wednesday to be seen by an adjudicator, but that the venue will change on Thursday.

“To continue helping Kentuckians with their unemployment insurance claims,” he said, “UI is going to provide in-person services here in Frankfort on Thursday, June 18, and Friday, June 19, from 9 a. m. to 6 p. m., [EDT] at the Cabinet for Health and Family Services headquarters, located at 275 East Main. We are going to double the number of people we’ve had to help the past two days, for the next two days.”

Beshear said they were going to establish priority lines at the CHFS Building. “Thursday, there is going to be a separate and distinct line for anyone who filed in March and hasn’t been helped. We want to make sure you get through during that day and there is going to be dedicated folks to help you out. The other line will be for those claiming benefits for April, May and June.”

On Friday, Beshear said there would be a dedicated line for March and April claimants, and the second line for May and June.

Next week, he says he hopes to get UI adjudicators out in communities across the state, “Whether it’s moving as one large group or separating out with the ability for more people to get their claims addressed.”

Visit kcc.ky.gov and click the “In-Person UI Services” button for up to date information on locations next week.

Beshear says they are going to continue working to improve the process, including looking at outside vendors that may be able to come in and help them catch up on a short-term basis.

“Going forward we’re going to have to have a new system. The electronic system is so old that it was incredibly difficult, especially at the start when unemployment laws changed.”

Beshear also introduced Marta Miranda-Straub as the new commissioner of the CHFS Department for Community Based Services, effective July 1. The position had been vacant since Beshear took office six months ago.

In an appearance during the briefing, Miranda-Straub said, “This is a position worth coming out of retirement for.

He said her 40 years’ experience in organizational and clinical social work practice and her passion to serve are just part of her multi-layered background for her new leadership position.

Beshear also announced that he would reinstate a state health benefits exchange, starting January 1, 2022, similar to Kynect, which his father, former Governor Steve Beshear, instituted in 2013 under the Affordable Care Act, and former Gov. Matt Bevin dismantled in 2017.

“Through Kynect, approximately 500,000 newly eligible Kentuckians were enrolled in Medicaid coverage and qualified health plans,” Gov. Andy Beshear stated. “Kynext was one of the most successful exchanges in the country, and because of it, we reduced our uninsured Kentuckians at the highest rate in the country, for several straight years.”

The long lead time is to go through the federal approval process as well as upgrading the system in the state.