“There were people in at least 22 states and three different countries praying for dad,” Matt Brown said. “Prayer works.” 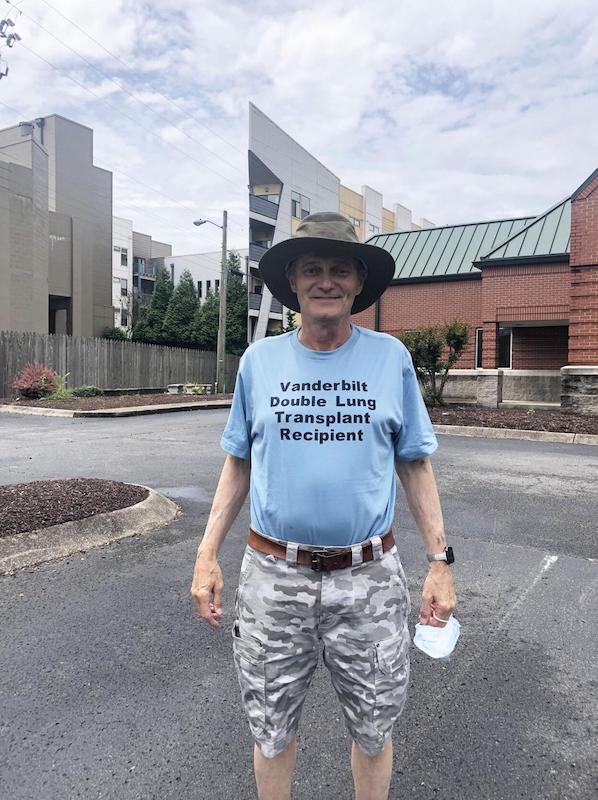 It’s a job that nearly killed him.

It’s a job that he witnessed kill others.

It’s a job he loved.

But coal mining was more than a job for Martin County native Randy Brown. It was — and is — an identity.

“I love being a coal miner,” Brown beamed during a Zoom interview. The 64-year-old Louisa resident is a third-generation coal miner who just underwent a successful double lung transplant on May 3 in Nashville.

Brown knew black lung was a real possibility after 39-plus years in the diamonds and dust of eastern Kentucky and southwestern West Virginia. His dad was diagnosed with “simple” black lung disease. It didn’t sway him from his career path.

“It was hard work,” Brown said. “The faint of heart couldn’t do it. … It was an adrenaline rush for me.”

He once saw a co-worker crushed to death by a piece of equipment. A rock struck Brown at one point, knocking him out.

Matt Brown grew up viewing his father as “invincible.”

“Just physically very strong and able to work 12, 16 hours a day and still go to my basketball games and practices,” said Matt, a pastor and Senior Vice President of Administration at Addiction Recovery Care. “He’d exercise, do 5Ks and 10Ks.”

In January 2013, the admittedly stubborn Randy Brown finally divulged his breathing troubles to others. In March of that year, he visited a black lung doctor who said he didn’t detect black lung in Brown. According to Debbie Brown, Randy’s wife of 44 years, a Norton, West Virginia, lawyer urged them to get a black lung test. That test revealed complicated black lung.

When he went to Vanderbilt University for an evaluation, a physician told him “when you’re ready, you’ll know; trust me,” Brown recalled.

Brown remembered when he reached that point of “fix me or kill me.” He said he suffered from what he labeled a “death rattle” when he laid down.

Brown landed on Vandy’s transplant list in February, but the COVID-19 pandemic threw a wrench in the process.

On May 3, Randy Brown couldn’t see his family because of the pandemic, but he felt their presence.

“My, my wife, my brother, his wife, two aunts, one uncle and my mom,” Matt Brown rattled off relatives in Nashville that Sunday.

Randy Brown tried his darnedest to deter anyone from coming.

“I don’t know why you’d come down here,” he told Matt.

“Honestly, I went there because if he died during surgery, we’d be there with mom,” Matt Brown said.

Randy Brown not only survived; he’s as alive as he’s been in years.

Brown wasn’t even capable of swallowing a pill prior to surgery. He takes 22 every morning now.

Prior to the operation, he could barely make a room-to-room trek. He walks 3 to 4 miles a day now.

There are plenty of recovery guidelines in place. Because of some of his medication, he’s at an increased risk of colon and skin cancer.

“They tell me I can’t be in the sunshine,” Brown said. “They don’t want you to go underwater.”

Brown is chomping at the bit to get back over the water, though.

“I gotta get to Yatesville (Lake) and get some fishing done!” he said with a widening smile. “I’m dreaming big now.”

Randy and Debbie will spend a few more weeks in Nashville before he’s cleared to return to Lawrence County, which has been home for the last 18 years. Randy said after maintaining 20 acres in Martin County for the bulk of his life, they were ready to move to a subdivision.

Matt and his wife, Summer, visited the Music City few days at a time throughout May. He pointed to prayer as a powerful tool in pulling his dad through the transplant.

“There were people in at least 22 states and three different countries praying for dad,” Matt Brown said. “Prayer works.”

Added Randy: “It’s all about Jesus.”

Randy said he was forever grateful to Vanderbilt and to the family of the organ donor.

“It just makes me so thankful,” he said.

Visit donatelifeky.org to learn how to become a registered donor.