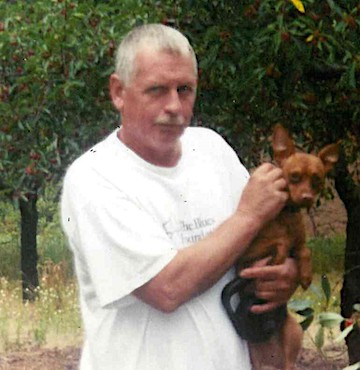 Guy was born May 6, 1948 in Kermit, WV to the late McClellan and Pauline (Maynard) Fluty.

Guy was a Veteran, having proudly served his country in the Air Force. He attended Morehead State University. Guy worked in the coal industry and later retired from Freedom Industries. He was a member of the Democratic Committee in Lawrence County. Guy was a member of the Ruff Grouse Society and an avid bird hunter and outdoorsman.  He enjoyed traveling to the Upper Peninsula of Michigan each year. Guy loved his dogs Jill and Bur. They were his life.

A private memorial service will be conducted by the family at a later date.

Young Funeral Home has been entrusted with the care of Mr. Fluty and his family.