WILL SILLY YAHTZEE? NO, IT IS HILLBILLY HIBACHI 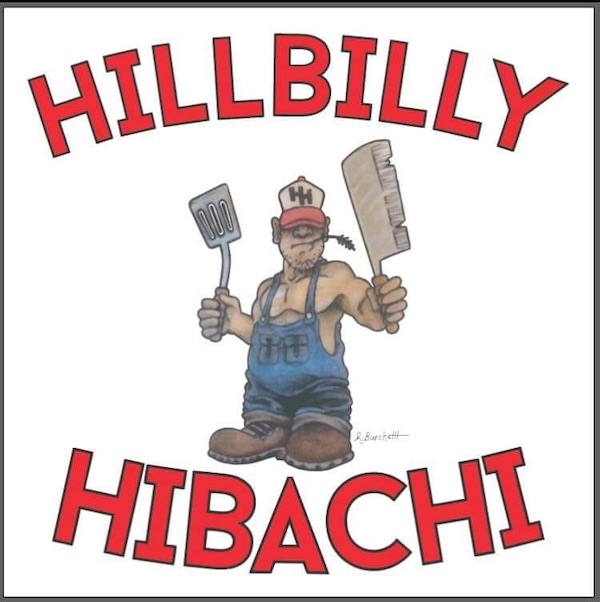 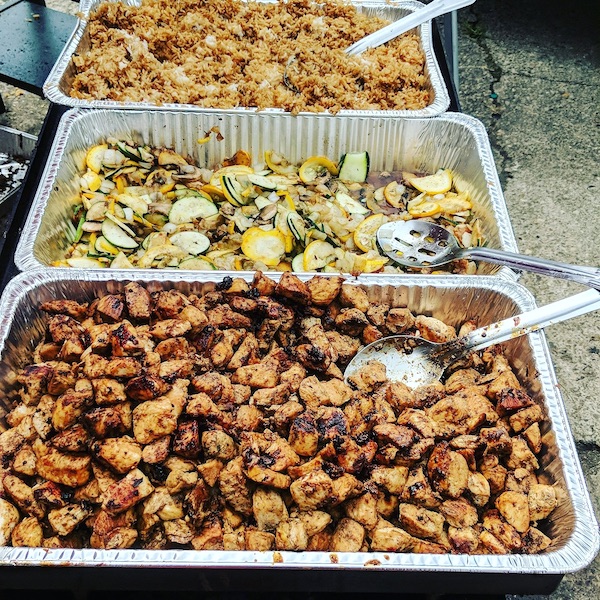 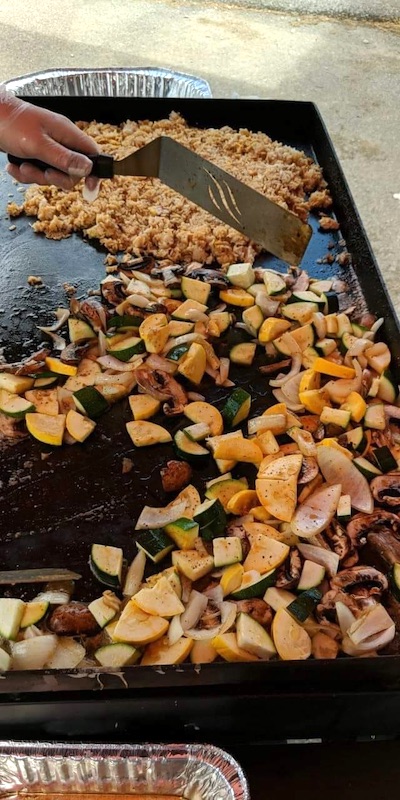 YUM-YUM-YUM-YUM; COME GET SOME! THE COOKINGS OF THE LOCAL JAPANESE FOOD INSPIRED FOOD MEALS OF HILLBILLY HIBACHI.

On certain given days at the end of East Pike Street in downtown Louisa, the sounds and smells of meat sizzling on the grill fills the air.

It’s a pretty constant noise as vehicles stop by, picking up their orders of Hillbilly Hibachi food meals out of a moveable trailer.

The Hillbilly Hibachi food trailer is mobile, but most of its time lately has been spent in Louisa, due to COVID-19 concerns. In the past couple of weeks, they’ve begun to go mobile again, stopping in surrounding towns and cities, but all of this has only been around for about one and a half years.

“It kinda started out as a little side thing, a little hobby,” said Hillbilly Hibachi co-owner and operator Travis York.

The former Lawrence County Boys’ Basketball Coach is one of the three owners who started Hillbilly Hibachi.

“It’s one of those things where you’re talking about three guys who had zero culinary experience and even more importantly, zero business experience,” Travis York added.

The Japanese inspired hibachi food they serve up usually draws in quite a crowd wherever they go. They’ve upgraded to two trailers now, but the jokes kind of remain the same from customers.

“And they’ll say ‘is this deer meat? or squirrel?’ no, it’s chicken, steak and shrimp,” Travis York joked.

Hillbilly Hibachi has expanded, and the group thank the communities they go to for that, so they show that thanks right back.

“It’s right at 3,000 kids that we fed since the whole quarantine has started,” Travis York said.

What Mr. York is talking about is how many kids the Hillbilly Hibachi meals on wheels have given free meals to over the last couple of months.

“It’s really blessed us, too, because to see those kids get help. But it’s also a lot of people, a lot of support from the community. A lot of donations, so it wasn’t just us making a sacrifice, supported that cause as well,” he added. “The Lord’s blessed us and we’re going to try to bless others with that,” Travis York proudly claimed.

For more on where Hillbilly Hibachi will be located on a regular basis, you can follow them  HERE.