A CRY FOR HELP, OR SOMETHING ELSE OF A DIFFERENT NATURE? 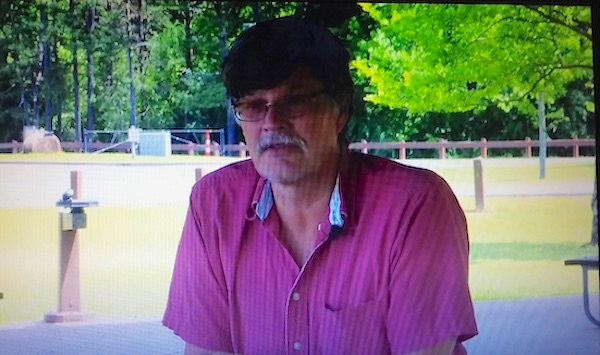 DOWN AND OUT ON LUCK: SELF MADE LAWRENCE COUNTY BUSINESSMAN TERRY PREECE, MAKES A PLEA FOR HELP TO GET DUE TO DIRE PERSONAL & FINANCIAL STRAINS..

In the last week of this past May 2020, the number of U.S weekly job claims totaled more than two million individuals, and more than 30 percent of those claims from the state of Kentucky.

One instance of the latter involves a local man, Terry Preece, who lives in Lawrence County and is self-employed. Terry Preece had closed down his business under the order of Governor Andy Beshear due to the Covid-19 virus pandemic, and Mr. Preece reported he had not received an income in more than three months.

“I am overdrawn at the bank and there is thirty bucks. So for all intents and purposes that is not mine,” said Terry Preece, who alluded to the fact that his overdrawn bank account amount was higher than the thirty bucks he had on his possession of.

Health complications had led to Terry Preece to become self employed.

“It is really hard to find an employer who wants to deal with those kinds of issues,” Terry Preece claimed
Issues of migraines that  Preece said he has had since he was a little boy, and recently, now diagnosed with developing prostate cancer.

“It has been five years working on my business and since the end of January with no income. I operate a business called the ‘Final Detail’, which is where I recondition them and make the used cars look better,” said Mr. Preece.

Terry Preece’s work job has been taking him across the Kentucky commonwealth and nearby regional areas.

“I work a territory from Pikeville, Kentucky to Chilicothe, Ohio from Charleston, West Virginia to Lexington.” Terry Preece explained

Since COVID-19 pandemic hit, business began to dwindle during the peak of Terry Preece’s business season.

“One dealership tell me flat out we are going to move everything in house since business is so bad. That was five car lots that I lost, just like that,” Terry Preece claimed

Since then, he started signing up for the unemployment process, a process that Mr. Preece claims has been extremely difficult even by the current complicated standards for most other individuals who have been going through the signing up for benefits.

“Now I started trying to file the first of April and could not get through. I do not own a computer, right there is all I got and you can not file unemployment on a cell phone,” Terry Preece said.

Unsuccessful at filing for unemployment, Terry Preece did everything in his power to reach someone for help.

“I got a list of phone numbers at home thirty five, forty numbers for different areas, counties trying to get someone to call me back or answer the phone.”

With no response, Terry Preece said he was left to fend for himself, taking odd jobs, most to supply his kitchen and electric with propane.

“I have not paid on my car insurance in three months, I have not paid an electric bill in four months. I have cut corners every place I can cut them. I would take a job filing working unemployment claims right now. We can not keep doing this, there are people going hungry.”  Preece said.

Terry Preece is hoping he has enough to make it through, until someone can help him get back on his feet.