From Honor to Medal: The Story of Garlin M. Conner

Some things remain the same this Memorial Day with the stock market, post offices and most banks being closed on Monday the 25th in observance of the holiday.

And with Covid-19 restrictions slowly being lifted Memorial Day week 2020 will be a busy one as salons, car dealerships, and restaurants are slowly reopening with restrictions.  But some things will never change and that will be all the Memorial Day sales that come along with the holiday with perfect timing of some retail shops opening back up. On the other hand  COVID-19 has canceled one of the area’s most iconic late spring events.

The Highway 23 yard sale will not take place this Memorial Day weekend, according to the Ashland Tourism Office. The agency made that announcement Monday afternoon.

The event takes place annually at Sargent’s Tires, located at the intersection of U.S. 23 and Hoods Creek Pike.

Organizers in Boyd County say the event is canceled due to COVID-19 regulations.

With all of that being said,  let’s be sure to honor soldiers who have died in uniform on this Memorial Day.

As Americans honor patriotic sacrifice on Memorial Day, KET will premiere the story of a Kentucky soldier who repeatedly put his life on the line for his country – but wasn’t fully honored for it until 73 years later. From Honor to Medal: The Story of Garlin M. Conner, airing at 8/7 p.m. ET/CT Monday, May 25, tells the story of one of the most decorated soldiers of World War II – who received the nation’s highest military award, the Medal of Honor, only after a 20-year campaign by his widow and friends. It’s a documentary that was co-produced by the Institute for Rural Journalism and Community Issues.

Kentucky soldier’s heroism, 20-year campaign for Medal of Honor, are subjects of IRJCI documentary to air on KET

From the Institute for Rural Journalism and Community Issues

As Americans honor patriotic sacrifice on Memorial Day, KET will premiere the story of a Kentucky soldier who repeatedly put his life on the line for his country – but wasn’t fully honored for it until 73 years later.

From Honor to Medal: The Story of Garlin M. Conner, airing at 8/7 p.m. ET/CT Monday, May 25, tells the story of one of the most decorated soldiers of World War II – who received the nation’s highest military award, the Medal of Honor, only after a 20-year campaign by his widow and friends.

Their campaign ended June 26, 2018, at the White House, when President Trump presented the medal to Pauline Conner, who still lives on their small farm near Albany, just down the road from their son Paul. She said in a speech at the Pentagon the next day, “This is what Murl would want me to say: God bless these United States of America.”

Murl Conner served more than two years in the Third Infantry Division, suffering many wounds and earning four Silver Stars. On Jan. 25, 1945, he volunteered to be a forward observer for artillery that was needed to stop a German attack – an attack that came so close he finally called in artillery on his own position, offering his life for his country.

Conner survived that day in a ditch in the French province of Alsace, and came home to a Kentucky farm with no electricity or running water. He had a family, gave them a good life, and was a leader of his fellow farmers and veterans. He suffered in body and mind from his Army service, but said very, very little about it.

Only after Conner died in 1998 was his story told – first by a rank stranger who became his greatest advocate and inspired others to join his campaign to get Conner the Medal of Honor. Led by a neighbor who wouldn’t take no for an answer, they struggled for 20 years to break through Army bureaucracy, losing at every turn – but remaining inspired by Murl Conner’s battlefield examples of determination and resolve.

In the end, in an amazing turn of events, they won. And now their story is being told, along with the story of Lt. Conner, who now may be the most decorated American soldier of World War II.

“He was a combination of Kit Carson and Davy Crockett,” says Walton Haddix of Albany, who took up the campaign begun by Richard Chilton, a Green Beret veteran from Genoa City, Wisconsin. He met Conner and learned his story while researching the service of his uncle, who died at Anzio under Conner’s command.

“He cared about his men more than anybody I ever knew,” Chilton says. “If you want to save your life, go out with Murl. Don’t go out with anybody else.”

The documentary was produced by Lexington filmmaker Jeff Hoagland and the Institute for Rural Journalism and Community Issues at the University of Kentucky. Al Cross, the executive producer and Institute director, says “I grew up in Albany and knew Murl Conner, but like almost everyone else in town, I had no idea of his war record, and when my brother David said I should do this documentary, I immediately agreed.”

The one-hour documentary was sponsored by private donors and the Veterans Trust Fund of the Kentucky Department for Veterans Affairs, a state agency that assisted the Conner team’s legal efforts at the direction of then-Commissioner Heather French Henry, whose cause was veterans when she was Miss America.

She says in the documentary, “Just to know that you are part of this great mission that has lasted so long, and that you could at some point in your future, tell your kids, tell your grandkids, that once upon a time you were part of this fight . . . ”

A trailer and a “teaser” for the documentary are online at honortomedal.us, along with information about Murl Conner and some of the major players in the effort to get him the Medal of Honor. 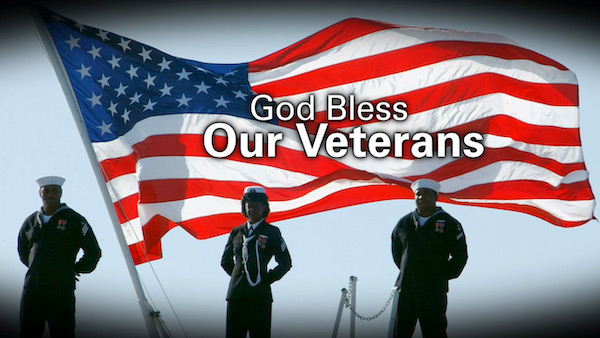 Memorial Day is an American holiday, observed on the last Monday of May, honoring the men and women who died while serving in the U.S. military. Memorial Day 2020 occurs on Monday, May 25.

Originally known as Decoration Day, it originated in the years following the Civil War and became an official federal holiday in 1971. Many Americans observe Memorial Day by visiting cemeteries or memorials, holding family gatherings and participating in parades. Unofficially, it marks the beginning of the summer season.