HERE TODAY; GONE TOMORROW: LOUISA GORDMANS (AND THE REST OF THE ENTIRE NATIONWIDE CHAIN OF THE STORES) ANNOUNCES THEY ARE GOING OUT BUSINESS

LOUISA GORDMANS (AND THE REST OF THE ENTIRE NATIONWIDE CHAIN OF THE STORES) ANNOUNCES THEY ARE GOING OUT BUSINESS, ENDING OVER 100 YEARS FOR THE CLOTHING DEPARTMENT CHAIN

PARENT COMPANY FILES FOR BANKRUPTCY, SAYING THAT TWO MONTH CLOSURE OF THEIR STORES DUE TO COVID-19 EPIDEMIC BROUGHT HAVOC TO THEIR FINANCIAL STANDING; BUT ARE HOPING FOR LAST MINUTE HAIL MARY TO FIND POTENTIAL BUYER 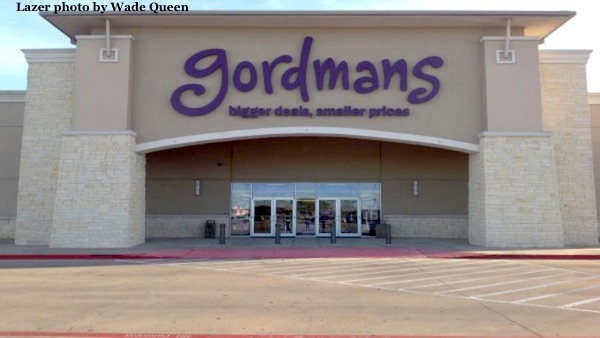 THAT’S ALL FOLKS: THE GORDMANS  DEPARTMENT STORE IN LOUISA IS CLOSING

Well that did not last very long. And once again, the economic curse of the Louisa Plaza strikes as another department store sinks, albeit in way that no one could and would imagine.

Gordmans, is a popular national clothing store that opened twenty-five locations in Kentucky, including Louisa and Paintsville, and nine locations in West Virginia just this past March 3.

The chain store  has announced all stores will be closing after more than 100 years in business.

Michael Glazer, the President and CEO of Stage Stores, the parent company to Gordmans, says the last couple months with COVID-19 did have an impact on the company.

Though many states are beginning to allow retail stores to reopen, the company says they have filed for Chapter 11 bankruptcy. Store officials say they are running a sale process for the business.

“We hope our actions over the last several months to reposition the business will attract the right partner who is interested in our off-price concept,” the company said in a statement that released over the weekend.

“If we receive a viable bid for the business, we will terminate our wind-down of operations at certain locations. This is incredibly difficult news to deliver and it is a decision that we came to after exhausting all other options.”

Gordmans is a chain of Midwestern off-price department stores founded in Omaha, Nebraska. The chain has been owned by Stage Stores since March 2017. In 2019, Stage Stores began converting other retail chains it owned into Gordmans stores, with the goal of having 700 Gordmans stores in 42 states by the end of 2020. In May 2020, Stage Stores filed for Chapter 11 bankruptcy and began liquidating most of its stores.

The company’s origins date back to the early 20th century when Sam Richman opened a small clothing store in Omaha in 1915. Richman’s Outfitters to the Family occupied a small storefront at 16th and Chicago in downtown Omaha. Dan Gordman joined Richman as a full partner in the business and married his daughter Esther. After several years, the business grew to occupy the entire building at 16th and Chicago. In 1948, a second store was opened in South Omaha, Nebraska and Gordman purchased Richman’s remaining interest in the company, and changed the name to Richman Gordman.

During the 1960s, Gordman’s sons and nephew joined the business and positioned the company for more aggressive expansion. In the early 1970s, the company expanded beyond Nebraska. Richman Gordman opened two stores in Des Moines, Iowa followed by another location in Topeka, Kansas. Its 10th store opened in Grand Island, Nebraska in 1974. Gordman was among the first to incorporate central checkouts, shopping carts, and self-service shoes to Omaha and was also one of the first stores to be open on Sundays.

Through the bankruptcy, Stage Stores bought 48 Gordmans stores in March 2017, along with one distribution center, the Gordmans name, and all intellectual property. Under the direction of Stage Stores, Gordmans began to transition away from the specialty department store business model, moving the brand to the off-price retail sector, more resembling stores like T.J. Maxx, Ross, and Burlington. As part of expanding the brand, Stage Stores opening their first new Gordmans store in Rosenberg, Texas in March, 2018. In March, 2019, Stage announced that by mid-2020 they planed to convert at least 220 of their current department stores, including those of other brand names, into Gordmans off-price stores. CEO Michael Glazer cited the high sales increases in the locations that were converted in 2018 as the deciding factor in the decision. In September, 2019, Stage Stores announced that they planned to completely exit the department store market, moving completely to the off-price model, converting all other stores brands to the Gordmans brand, and operating approximately 700 Gordmans stores by the third quarter of fiscal 2020 (August-October). But in May 2020, State Stores filed for Chapter 11 bankruptcy, even though the ongoing conversions had resulted in same-store sales rising more than 17% in the November-January fiscal quarter.