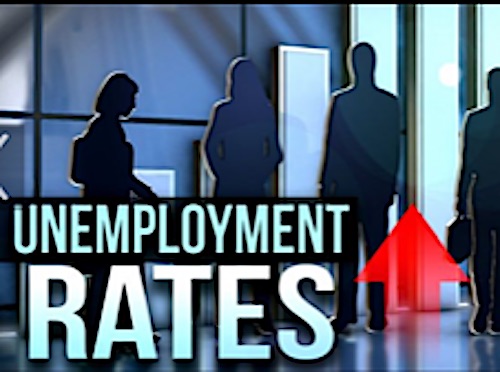 April’s unemployment rate was at 14.7% with an estimated 20.5 million jobs lost.  This is the worst since the Great Depression. In February unemployment was at a 50 year low.  It is predicted the economy will struggle well into 2021.

Will America have enough funds to continue to pay unemployment?

Kentucky Governor Andy Beshear was asked about the status of Ky’s unemployment fund on Friday and did not say how much money remained in the account, but he did say he believed there would be enough to get through the end of spring or early summer.

Beshear indicated he will ask the federal government for a loan to keep paying benefits to Kentuckians on unemployment.

SUSPECT ARRESTED IN W.VA. AFTER ARMED ROBBERY IN LOUISA